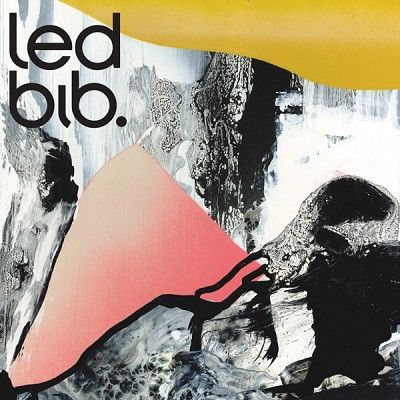 It's Morning by Led Bib

It’s been three years since Led Bib has released a new album after the release of their eighth studio album, Umbrella Weather. They’ve been around for 17 years and their music can take you throughout their incredible textures of Jazz like you’ve never heard it before. Now while I’ve been too busy to listen to some great music this year, Led Bib released their ninth studio release entitled, It’s Morning on the RareNoise label. This album shows that the band are moving into a new direction. And to be allowed to have Sharron Fortnam, vocalist of North Sea Radio Orchestra and Jack Hues of Wang Chung, its going to be quite the challenge for one of Led Bib’s arrangements.

From the opening introduction of ‘Atom Story’, it has these eerie atmospheric scenarios done by Elliot Galvin. He sets up the morning sun by starting the new day as Sharron’s soothing vocals along with the saxophones between Chris Williams and Pete Grogan give us some new ideas on where the next journey begins for the listener to embark on Led Bib’s adventure.

‘Stratford East’ sees one of Galvin’s synthesizers going into this swinging mode thanks to Mark’s drumming and Irene’s melodic violin. While it sets up Liran’s bass guitar roaring throughout the caving echoes, it’s the textures of these flamenco grooves for Sharron to be a part of the dance as the two saxophonists follow her every move with a little twist of lemon by channeling Frank Zappa’s Uncle Meat-era to honor, ‘Dog Breath, In the Year of the Plague.’

When I was listening to ‘Fold’, I could see Led Bib moving away from their Jazz structures and tipping their toes into the waters of; Terry Riley, Cluster, John Coltrane, and Keith Tippett. The sound goes from Electronic, hay-wiring pianos, and a climatic free-for-all between Mark, Pete, Chris, Liran, and Elliot as they channel the weather throughout their instruments before Sharron brings the sun out for a calm after the storm with a sorrowing beauty as she shines a light throughout the cities.

With ‘To Dry in the Rain’, I almost felt that Led Bib were paying homage to the Great American Songbook. But then you can hear the sounds of the doors closing, and the lukewarm energy as Sharron and Elliot take cover from the rain that is pouring down. It gives the band a chance for Liran to come center stage and bring forth a sign of happiness in their arrangement while Elliot’s dripping effects on the keyboards for the ‘Flood Warning’, he follows Lirian’s mute bass to make it sound like the rain dripping down before the band descends into chaos once more while Sharron rises up again to a complete halt.

Led Bib’s new album took me a few listens on whether I was going to accept it or not. And after, I believe it might have been the third or fourth listen, I welcomed it. Because this shows that they were moving away from their intensive rhythm dynamics into a beautiful, crazy, and inspirational structure honoring Homer’s ‘The Odyssey’. And Led Bib have accomplished their journey to find their inner selves.