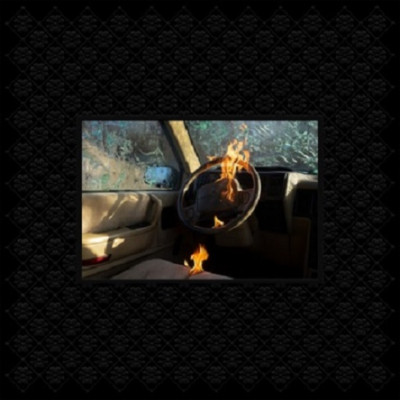 An old friend from my University days introduced me to The Afghan Whigs almost 30 years ago. That’s how long Greg Dulli has been providing the world with his unique combination of indie, soul, blues and above all else, incredibly passionate music. Yet Random Desire is the first album he has released under his own name, (according to the press release, I’m not sure what 2005’s Amber Headlights counts as?) and also releasing records as The Twilight Singers and The Gutter Twins. Since their last record, 2017’s In Spades, The Afghan Whigs tragically lost guitarist Dave Rosser, who sadly passed away. Long-time collaborator John Curley went back to school and drummer Patrick Keeler returned to stick duties with The Raconteurs.

So Dulli returned to his teenage years to create his own album creating nearly every part of Random Desire himself. Working initially at his home in Silver Lake and New Orleans, the album would eventually be completed by an all-star cast (Afghan Whigs guitarist Jon Skibic, Rick G Nelson, Mathias Schneeberger (Twilight Singers), pedal steel master Dr Stephen Patt and drummer Jon Theodore (QOTSA, Mars Volta)). There was always going to be a crossover to The Afghan Whigs’ sound as Dulli is very much their main man and including previous collaborators enhances this, but that’s a good thing.

Opening with the excellent ‘Pantomima’ which teases you with a familiar Whigs bassline which winds and shimmies before being joined by groovy handclaps, tambourines and choppy guitars. Essentially, this could have appeared on Black Love, it’s that good. Dulli sounds vibrant and on fire as the whip crack beat fires the song along at an incessant pace, building into a kaleidoscope of sounds.

Dulli’s way with a chord progression, as shown on ‘Sempre’ is unique and his know-how to drop in those striking solitary piano strikes has never dissipated. This combination makes for the most melancholic creations to allow Dulli to flex his soulful voice. But age has started to wear that dirty rasp and he never really could hit the high notes, but did we ever care about this? Did we fuck! The song skitters along bringing an uneasy tension and you wait for an explosive pay-off, but Dulli shows restraint and keeps you in suspense. On ‘Marry Me’, an acoustic guitar duels with a gorgeous pedal steel to create a sorrowful ballad full of longing and loss.

Beautiful reverbed piano ushers in ‘The Tide’, before slipping into that familiar Whigs one note groove that allows the other instruments to find their position, Dulli cranks up the emotion but strains hard to get the words out. It’s here that he first pulls off a strange vocal turn that I’ve never heard him do before, for the first time, Greg Dulli sounds ragged and old. Thankfully, the superb ‘Scorpio’ erases that thought, a fiery album highlight resplendent with searing guitars and sampled voices, piano and stringed keys elevating the track.

On the classic Afghan Whigs album Black Love there was a creeping tension like a film noir soundtrack, you felt as if you were moments away from some violent act of revenge. ‘It Falls Apart’ builds a similar tension and even the sweet chorus doesn’t alleviate the fear, Dulli is the master of keeping a song simmering. Clanging chimes and voodoo percussion mix with Deep South instrumentation in ‘A Ghost’ to create a sexy downbeat song that makes you want to get washed down after hearing it. Again on ‘Lockless’ New Orleans brass merges with a slinky electro beat, but Dulli struggles with some lower register vocals and once again it feels to me like age is catching up with him.

I’m surprised Dulli has taken this long to call a song ‘Black Moon’, but here it is, but the decision to select a tacky keyboard string sound, coupled with some overtly breathy vocals dampens my enthusiasm for the song considerably. Piano and bass combine fluidly yet again in ‘Slow Pan’ to provide a sublime baseline for swooning pedal steel and swirling harps to create a stunning album closer. Dulli sounds much more like he always did pleading “I would do anything…” and you submit to his considerable charms.

I’ve mentioned Greg’s voice several times and my concern that age might be catching up with him (he’s 54 now). I think when you combine this with the lifestyle Dulli has inhabited, there’s a good chance that such an impassioned vocalist will begin to slip into some form of decline. Having said that, for the most part, Dulli sounds mighty fine on this album, there’s nothing wrong with sounding even more cracked and broken. I actually enjoyed Random Desire more than some of the recent Afghan Whigs records.

Making great music is in Greg Dulli’s blood, the man has been extremely prolific during his career and has consistently released records of a high quality. I was privileged to catch him in concert with The Twilight Singers a good few years ago and he transformed a sweaty Belfast venue into a good time New Orleans rock n’ roll revue. I’ll always have a special place reserved in my heart for Dulli and frequently revisit the aforementioned Black Love album as it’s a timeless classic. Random Desire is another fine set from a soul man who really doesn’t do bad records and still retains his own unique sound.