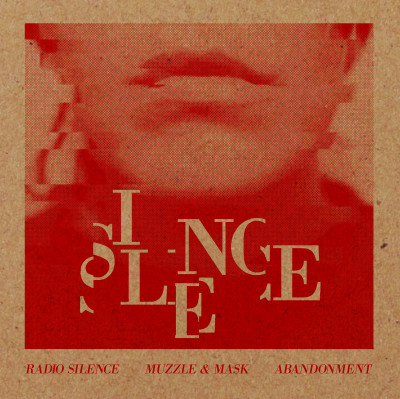 Agvirre describe themselves as a post-black metal collective from Manchester and their PR opens with the line ‘…an intense and chaotic insight into the struggles of living with mental illness’. So I wasn’t expecting something particularly cheerful! Easy listening it is not but their debut EP, Silence, is ambitious, dark, noisy and, in places melodic.

The EP opens with a short, rather eerie instrumental introduction. Various spoken word tracks are interwoven with some distant violin. It has an uncomfortable and unsettling feeling, sounding like something from used in a soundtrack for some indie film noire. I usually ignore intros or the short, in between tracks but on this occasion it was a fitting prologue to what was to come. The first full length track, ‘Muzzle and Mask’, starts with a frantic sounding riff, and even more frantic sounding vocals. The track softened, however, with a violin. Granted, not an instrument often heard in the heavier side of music bit adds colour and an interesting counterpoint to the harsh vocals. Vocals drop in and out and the the track peaks and troughs across its 13 minutes, the guitars being the only constant.

‘Abandonment’ starts in a similar chaotic manner. Both guitars and violin have a different feel and the rhythm section pared back a little. In contrast to the previous track which is full of vitriol and anger this track is far more melancholic. The vocals, still harsh but have a feeling of utter despair. However, as the track progresses the violin takes a more positive turn, with a melodic neo-classical violin part lifting the track. The combination of this and post-metal guitar actually gels really well. Just as the track builds to a noisy finally it fades to just guitar and a completely unexpected choral sounding vocal hook.

In just under half an hour Agvirre covers a lot of ground and plays with a variety of sounds and emotions. Unusually for music of this type they have a creative use of melody using violins, synths and a mix of vocal styles, this stops the music being one-dimensional and gives for a bit of something different.  One criticism is that they are almost trying to do too much and therefore can sound a bit crowded at times. I do wonder if the themes could be given a little more room to breathe and develop. However, Silence is an interesting, innovative and ambitious EP and it will be really interesting to see where they take the music in the future.