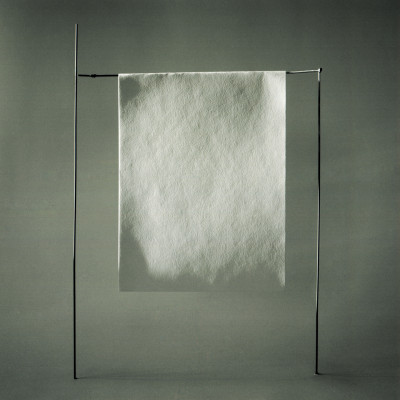 This quote, which, at various times, has been attributed to the political theorist Frederic Jameson and also to the philosopher, Slavoj Žižek, really hammers home both the parasitic and apocalyptic nature of our modern political realm. Now, modern classical, neo-classical, post-classical, whichever pigeonhole you choose to tuck this instrumental, often piano-led, form of music into, isn’t anywhere near as insidious, corrupt, or deeply entwined within most of our daily lives as Capitalism but it is still difficult to conceive of a time when its ubiquity won’t be as widespread. From concert halls and churches to art galleries, cinemas, coffee shops, low lit bars, and Scandinavian crime dramas, the spill of this sound has been far and broad. But, in a time before the names Nils Frahm, Max Richter, Jóhann Jóhannson and Ólafur Arnalds had graced the lips of succulent collectors worldwide, there was the Brussels-based, French composer Sylvain Chauveau.

With work stretching back into the 90s, Chauveau was busy working on the calm ocean floor way before there were even the slightest ripples on the surface, let alone the roaring wave of modern classical music that then burst the banks in the mid-noughties. The reissue of his record Un Autre Decembre was, notably, the second ever release for FatCat imprint 130701, hitting shelves prior even to Max Richter’s game-changing The Blue Notebooks. This is also not to say that the afore listed composers lack progenitors, of course that is not the case. They sought inspiration from the likes of Ryuichi Sakamoto, Philip Glass, Terry Riley, Steve Reich, Arvo Pärt, and Henryk Górecki.

Although, of course, where do you halt when tracing back lineage? What’s important to note is that, where Chauveau led, many have followed. He took the notions of emotional significance, of texture, of weighty instrumental performance and imbued them with the pop sensibilities of another genre that also appeared to align itself with these characteristics – post rock. During this time, bands such as Slint, Godspeed You! Black Emperor, Tortoise, and Mogwai had been carving out a space for patient, building, and typically instrumental music within a furrow that had been routinely reserved for commodified indie rock.

With Simple, Chauveau has consolidated the knowledge and experience that he has built up over the past two decades and chiselled down his compositions into their essential and most affecting core elements. From the architecture-worrying rumbles on ‘Noir’ to the violins that appear to have been strung with my own heartstrings on ‘Everything Will Be Fine’, Chauveau is in encouraging form. He flirts with melodies and teases us with glimpses of his mastery. Of the 18 tracks on display here, only 3 break the 3 minute mark. This is a whistle-stop tour of his compositional chops. By taking snippets from grander works (the bulk of the music on Simple has been repurposed from a variety of film scores) and presenting them here alongside remixes and pieces for dance, Chauveau draws our attention to his role as curator as much as composer. Why these pieces? Why this order? Why slice them up? Why smush them together?

The answers, unsurprisingly, lie within the music itself. ‘Anthracite’ delves into subsonic territory. Reverberations shift and swerve as if triggered by the distant explosive pops of controlled avalanches. The glitching electronic bleeps on ‘Au Nombre Des Choses’ recall the stoic test pattern sounds of Ryoji Ikeda. Radar signals echoing across a vast unknown. The tracks chop and change from studied drones to airy strings and spacious piano keys. As the album progresses we slowly experience the separate entities intermingling, colliding, and expanding upon themes set out earlier. Electronics are used singularly or sparingly. Repetition serves as a barometer for tension. This never clatters off into caterwauling guitars or the tempestuous drums of Arnalds’ Eulogy for Evolution. It’s more interested in spatial acquisitions by enlivened feelings that are then allowed to softly slink away. The keys are always crystalline, occasionally teetering on demanding. The strings, rarely anything other than mournful. Everything is paced exquisitely. Patience here, truly is a virtue.

With any luck, this compendium of audial treats will elevate Chauveau up to the deserved household name status that his compatriots have already attained. Perhaps we will no longer be able to imagine/recall a time in which post classical music was mentioned without the name – Sylvain Chauveau – immediately springing to mind.