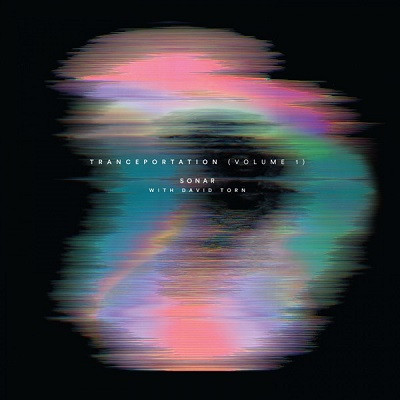 Recorded in five days at Mazzivesound Studio in Bellmund, Switzerland last year from April 29th to May 3rd, Sonar are back in action for another round trip adventure with David Torn. While Vortex raised my arm-hairs going up a notch in my 2018 review, well Tranceportation (Volume 1) made my arm hairs go up to 11!

Released on the RareNoise label, Sonar are continuing their journey with David for their second collaboration on their latest release. Between those two, it is an amazing combination. While Torn’s loops will keep you guessing until the very end, they always have some sort of mysterious card underneath their sleeves so that way, they want the listeners to listen to the album very carefully.

Because those twists and turns, would come up unexpectedly at the just right moment. And with two of the tracks clocking in at 11 and 14 minutes and the other two at 5 and 7, it’s almost as if you are walking on a dangerous tightrope that just got even more challenging.

From the opening guitar tones between the loops and the menacing textures of ‘Labyrinth’, it sounds like a snarling beast that is ready to be released from its cage at any second. You could feel the pins dropping between the three guitarists as Manuel’s mysterious drum work keeps the ideas flowing for the quintet as they cook up some strange mysterious magic that makes it a cat-and-mouse chase thanks to Torn’s unexpected loops that jumps out for a brief moment.

Then, all of a sudden, it changes to this Banshee crying with a reverb effect inside those deep, dark cavernous areas that sends the townspeople hiding in their homes to get away from that area. Throughout that midsection, the band themselves follow the trails of the banshee’s cry. And the screams they do on their instruments in the last five minutes, you can feel the tension cut with a knife.

‘Partitions’ gives Torn and Kunter the atmospheres flowing as they go into the towns of CAN’s Irmin Schmidt and the late great Holger Czukay as if they’re extending the composition ‘Spray’. They’re continuing where they left off from their 1973 classic, Future Days. And what Sonar are doing is not just honoring the masters of the Krautrock genre, but tipping their hats to them.

Now since I’ve mentioned about this, I can tell that Sonar have tipped their toes into the water of the bands and artists from that time period along with the post-rock vibrations to keep some of the ideas flowing. And they’ve done their homework so well that the band have increased the temperature levels up a notch.

With ‘Red Sky’ you can just close your eyes and imagine being at the peak of watching the sun go down as Thelen, Torn, Wagner, and Kunter’s dooming bass lines, are walking through this ghost town area by walking through a challenging staircase. You can follow them to see and hear this amazing piece of the puzzle that the band have come up with.

‘Tunnel Drive’ is the album’s closer. For a brief second, David Torn goes into the hearts and minds of Florian Fricke and Klaus Schulze while the band sets the car’s engine running to make the journey home. The last three minutes of the guitar sections, it sounded like they were in this hay-wiring effect as Kunter and Pasquinelli keep the rhythm sections cooking up more ingredients with a stop-and-go section and a Crimson motif to follow at the very end.

Along with Vortex, this was another challenge from Sonar. Whenever I would listen to their music, I know that my ears are ready to hear and listen on what they would come up with next. And it’s a real mind-blowing experience. And as Sid Smith mentioned in the liner notes for Tranceportation (Volume 1), “It’s a paradoxical landscape where solitude and kinship co-exist.” And believe me, it is an area that you would definitely want to check out.