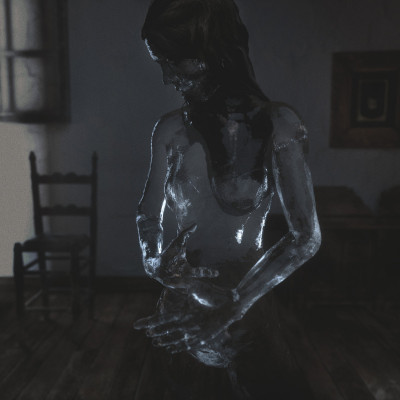 It feels like Belgium is living the mantra of punching above its weight. For one of the smaller nations in the world it has long been a leader in beer and food and more recently has begun to dominate football and heavy music. Amenra, with its associated Church of Ra artists including Oathbreaker and The Black Heart Rebellion, has delivered some untouchable material and Brutus is sure to be at the top end of 2019 lists. Also ripping out of the heart of Belgium is Lethvm with second album Acedia which contains some bleed from its local peers but the DNA fully matches the fingerprint.

When you first hear the vocals on opener ‘Fatigue’ or the guitar work on ‘Podavlennost’ it is easy to fear this is just an impersonation of Amenra but it is far from that. Whilst the tortured screams of Vincent Dessard have fleeting similarities to Colin H. van Eeckhout it would be disingenuous to just cast them aside. The delivery is too raw and powerful to be anything other than genuine; and whilst the guitar tone or pattern may sound similar this album goes in so many directions as to only cross paths rather than follow in footsteps.

The two later mentioned songs are absolutely huge and the vocals include some outstanding near monastic clean vocals which really call to mind the vocal abilities of Till Lindermann of Rammstein. The overriding emotions that come through the music feel like failure and woe but it is ultimately cathartic. The blend of the two vocal styles allows the band to transport from a place of self-torment and penance to blissful repentance back to darkness. ‘Schisme’ traces this line exceptionally well and the mix of faster sludge turns to post-metal and then doom to convey the scenes playing out.

The doom tinged sludge is prominent through the album and is captured superbly in the recording. The guitar is given the correct prominence for its tone to dictate the dark corners the vocals drag you to. This is track after track of masterful song writing and nothing is repeated apart from atmospheres of dark and light. Emotion drips from each instrument with unnerving ease which gives hope to further release of such quality this is most defiantly a top release of 2019.