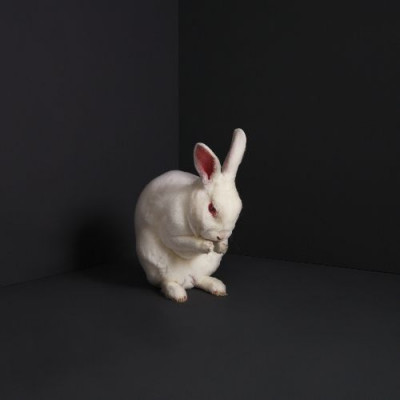 Here’s a challenge: listen to ‘Despondence’, the opening song on this phenomenally good doom album from Brume and see whether: a) shivers scuttle up your spine to the back of your neck and b) you’re able to move afterwards. Because this is a seriously affecting song: from the sparse opening to the loud-quiet accompaniment to Susie McMullans’ poem, to the exaltant, jaw-dropping chord drop for the chorus.

Sorry, allow me to introduce this album. It is by a San Francisco trio who made ripples with their previous release, Rooster. They pair massive slabs of fuzz with reassuring melancholy, which tugs at your innards and gives you that ‘staring out at a rainstorm while drinking hot chocolate’ feeling. Added to that are soaring vocals and cinematic post-rock instrumental segments, featuring a cello and a piano.

There will be some whose eyes will glaze over after reading the above paragraph. Fine. Let them go and listen to Municipal Waste or something. But they will miss out. Because the opening track is just the beginning.

‘Scurry’ follows with a more orthodox doom intro, with a driving riff courtesy of guitarist Jamie McCathie. Then soon into its eight-minute duration the band get all evangelical on us and give us a chorus that you will do well to refrain from throwing your arms out wide to. At this point it is worth mentioning the vocal skills of McMullan, who also plays bass. Not only can she hit a dazzling array of high notes, she can do so with rich tone and emotion This is especially evident in the latter part of ‘Scurry’ when the mood shifts from dank riffage to wide-open atmospherics and McMullan – joined by another band member – makes the change effortlessly. It is pretty darn special.

If the second track gives us a taste of Brume’s capacity for soundtrack-style instrumentation, ‘Lament’ seals the deal. It begins with a clean post-rock vamp from McCathie, which is joined by the bass and drums (Jordan Perkins-Lewis does a great job throughout of whacking his skins with lamp-posts when necessary and delicately holding back when the mood dictates). The restraint lasts just over four minutes, at which point McMullan plays thick bass chords to beef up McCathie’s hypnotic riff. Ah, but it is a false dawn, as the guitar is again left alone. Then everything comes back with a wall of fuzz to wash over you.

‘Blue Jay’ is a rare track for a heavy record in that the guitar is pushed well into the background. A mournful cello, played by Jackie Perez-Gratz of prog-doom outfit Giant Squid, leads us into a room in which McMullan and a piano play. It is a desperately sad song, made even more affecting by the gorgeous melody.

The final track, ‘The Autocrat’s Fool’, begins with a Dead Can Dance vibe, with McMullan singing a tune that sounds as if it could be an ancient folk song, accompanied by Perkins-Lewis’s insistent beat that could be the soundtrack to a voodoo ritual. The big fuzzy guitars and bass get a chance to round things out, and there is also time for a final atmospheric jam, before the music fades and you open your eyes, realising you haven’t moved for around 45 minutes.