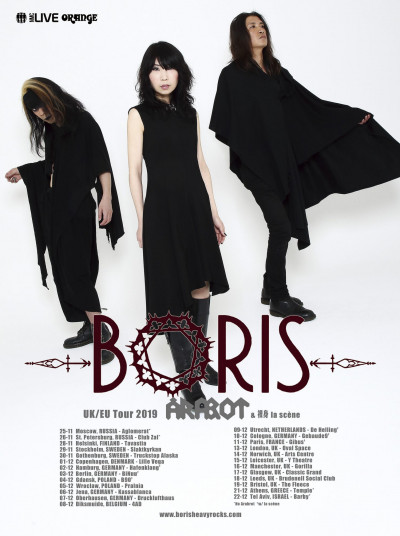 As sure as no-one really wants an album released at the tail end of the year, it seems that every tour goes out of its way to cram itself into the same two months as everyone else, making the festive season heaven for gig-goers and hell for anyone who tries to ration themselves. So who makes the cut? Well, having Japan’s premier post-doom-punk-drone-psych-sludge-wegetthedrift-merchants Boris joining forces with the gonzo powerhouse that is Årabrot is one way to do it – no-one in their right mind would miss out on that one.

First off, you have to hand it to Årabrot – you won’t miss them in a crowd. Kjetil Nernes strides out looking like a Jodorowskian droog and as they kick off a set that picks up the most arresting cuts from Who Do You Love (including that snarling, twisted take on Nina Simone standard ‘Sinnerman’), sprinkle on a few other classics and then runs it all through the glorious threshing machine that is Årabrot, it’s understandable that there are at least a few in the front rows who came solely for them. For the unwary remainder, this is a real treat, the cutting basswork and Nernes’ violent sermonising helping to accent the beauty that they deliver when the mood takes them. ‘Maldoror’s Love’ proves a mid-set highlight, with Nernes’ snarling “For your love I’ll seek god among the serpents howling” with equal doses of devotion and malevolence; but after 45 minutes of emotionally and physically punishing extravagance, picking favourites feels like doing them a disservice. 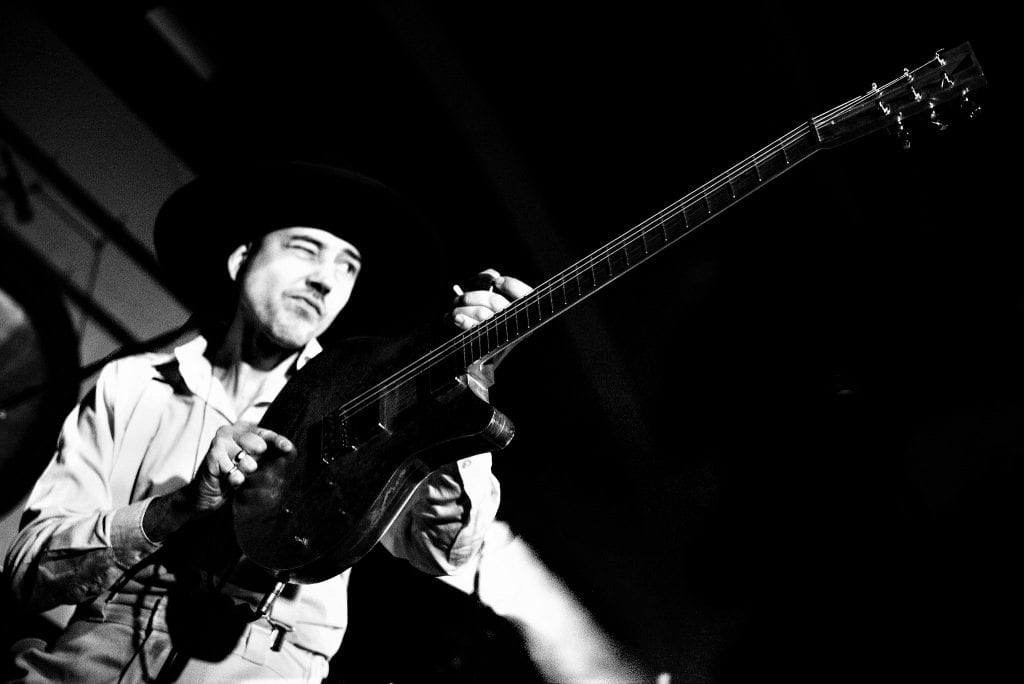 It’s almost as difficult to gauge what a given Boris show will sound like ahead of schedule as it is to work out how their next album will sound (or even how many albums they’ll be dropping), so it felt like manna from heaven when they chose to advertise their set-list in advance (shocking twist – it still didn’t help). The hazy glow of ‘Away From You’ eases the room in gently, Wata handling the song’s lilting low end while Takeshi takes on the rich textures that underpin their latest album’s opening cut and just as it feels like tonight will follow the laid back charm of LφVE & EVφL, the first of tonight’s cover cuts promptly sets the room alight. Even if Coaltar Of The Deepers’ original might not be familiar to much of the room, ‘To The Beach’ is an inspired inclusion, a driving and hypnotic composition that balances volume and poppy gusto while still managing to work in some of Boris’ signature tonal weirdness, Atsuo’s howls and coarse percussion delivering just the right amount of spice to the song’s general sweetness. 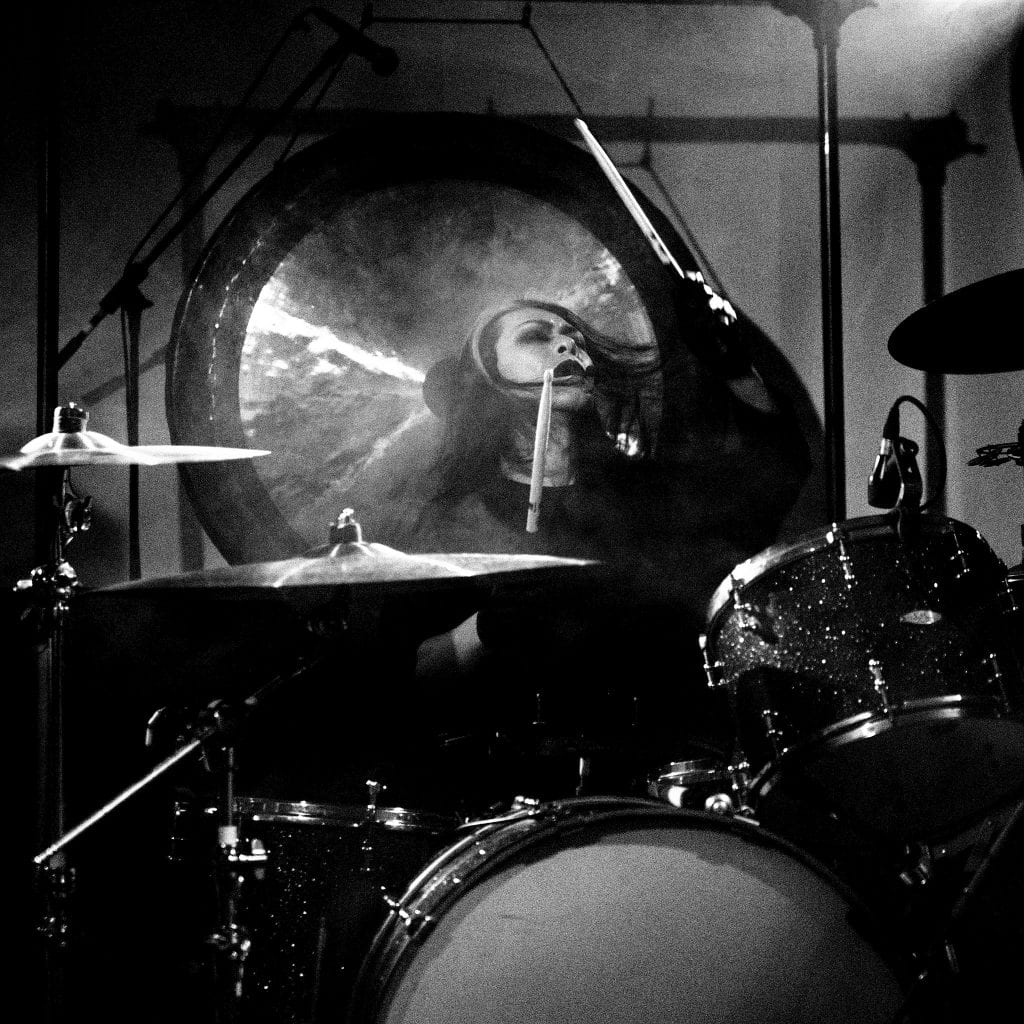 If anything really defines Boris’ appeal tonight, though, it’s the double-whammy of ‘Coma’ and ‘LOVE’, two nebulous, droning titans that shift from sleek beginnings to monstrous power as stealthily as a prowling jaguar. These are where Wata is given her chance to flex her muscles to the utmost, layering distortion and squealing semi-melodies and then ramping up each of them until the room becomes nothing but a fog of sound and dry ice. Though her restrained vocals on another odd inclusion, ‘Journey’ are effective in an opposing fashion, it’s here where she truly seems most comfortable, reigning as the undisputed queen of the Orange throne.

And then there’s ‘Boris’. At least some of tonight’s attendees have probably lain awake many a night, dreaming of when the band would take on The Melvins’ standard from which they take their name but even they couldn’t have dreamed of how hard it would hit. This is Boris with all filters off, Atsuo laying down a truly barbaric performance while Wata and Takeshi work in concert to simply demolish the room. Sludgier than a swamp in monsoon season, hearing it just feels right; and even if they didn’t choose to cap their night with it (that honour goes to EVφL closer ‘Shadow of Skull’) it might as well be over after such might. Boris’ strength has always been the ability to surprise and, by jove, they’ve gone and done it yet again. 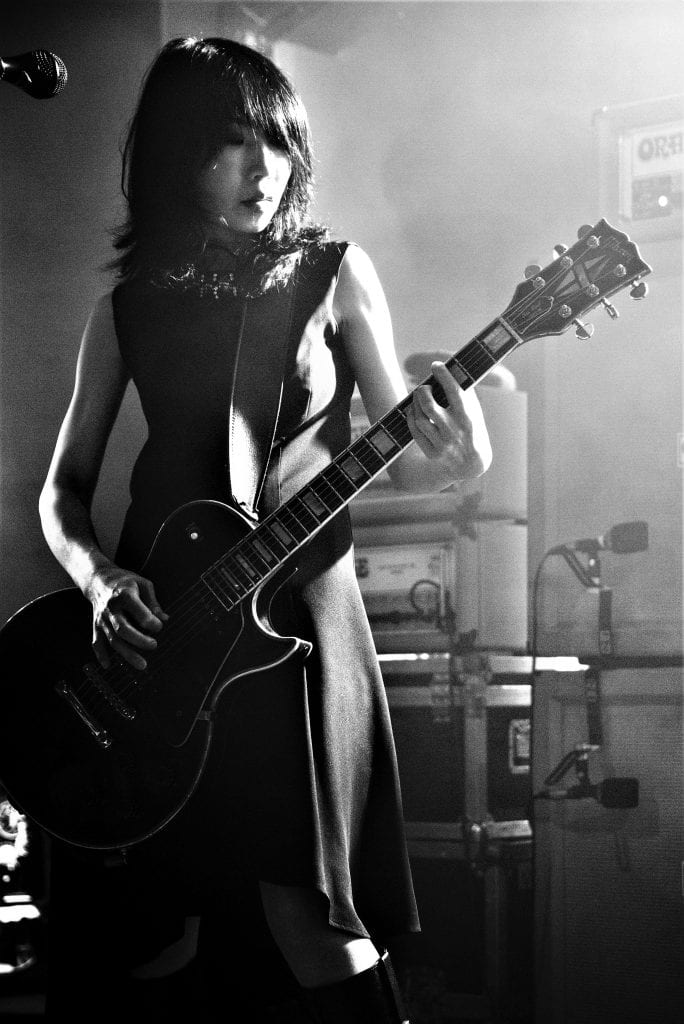