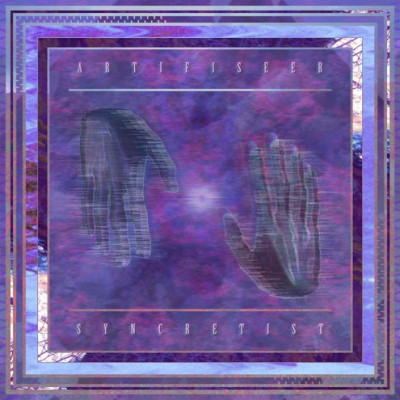 The modern electronic music scene where the artist tries to combine electronics of various sorts with pop melody is currently as crowded as a box filled to the brim with pins. It is almost impossible to pick one that fits your needs without pricking your finger(s) with a bunch you don’t really need. So what do you do in such a situation?

Then you would usually go to the ones you are familiar with. These days, your obvious choices would be the new albums by Nicholas Godin or Pet Shop Boys, I guess. Most of the rest would be settling for a variation of one or the other. But what about somebody that is relatively new and hasn’t yet had a chance to show that he can take a well-traveled route? Somebody that is at least trying to bring in something personal or takes a step or a few away from already known?

Well, then you just might try to stumble onto Syncretist the new (second) album by Ian Livingstone, aka Artifiseer. Actually Livingstone can in a way be compared to his fellow Canadian Dan Snaith, to fans also known as Caribou (Manitoba). Like all of the previously mentioned, Artifiseer tries to take a few steps away from just sticking any melody that comes up to his mind and stick it over a continuous, sometimes mundane beat. Instead, Livingstone combines electronics that come up in a variation of beat textures with well-crafted melodies (‘Lavender’) that sometimes veer towards ambient (‘_c o i l e d_’). All of that combined with some excellent vocals by Livingstone that have deep, darker tinges. At the same time, Artifiseer doesn’t miss a beat – the compositions themselves are thought-out and at no point overstay their welcome. ‘Veins of the Iris//_try to erase_’, for example, comes, presents its ideas and leaves in less than three minutes. Enough to give its intended impact.

Syncretist as the title actually perfectly describes Artifiseer’s album – it “involves the merging or assimilation of several originally discrete traditions”. In this case musical traditions. 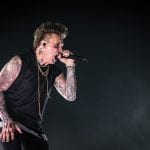