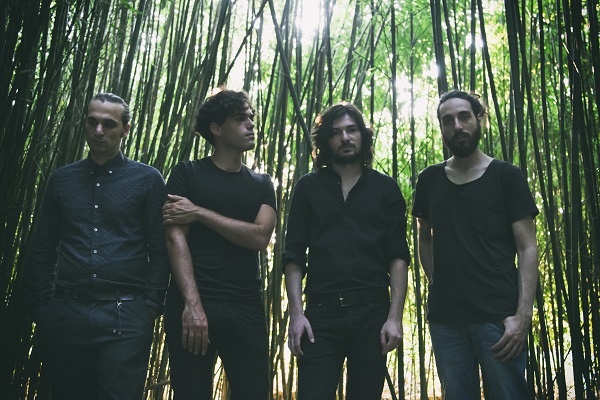 “L’Uomo Meccanico is the first sci-fi movie produced in Italy, but the author and main actor of the film is André Deed, one of the first great comedians of French cinema. The film had been lost for decades until a copy was found in the Cinemateca Brasileira in Sao Paulo, Brazil. Therefore, “L’Uomo Meccanico” isn’t as well-known as it probably deserves to be: the movie testifies the close relationship between Italy and France in the early ages of cinema; it is also one of the very first silent films to have a robot as a villain and probably the first one in the world to show a fight between a good and an evil mechanical man. The reel was partially restored by the Cineteca di Bologna, with only 43 minutes left of the hour and a half of its original length. After that experience, in which Earthset had the chance to work alongside musicians such as Nicola Manzan (Bologna Violenta) and Tiziano Bianchi, “L’Uomo Meccanico – Live Soundtrack tour 2019” started, with the partnership of the Cineteca di Bologna and the support of Bologna UNESCO City of Music.”

Today we have the pleasure of premiering the live soundtrack ahead of its release. Check it out here: