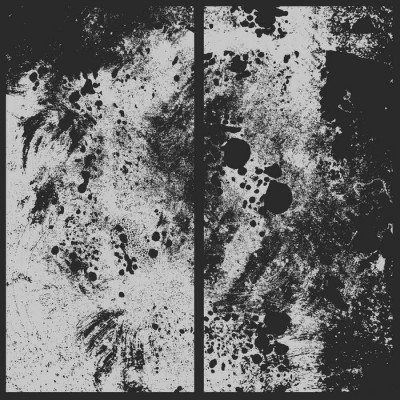 For Burdened and Bright Light by A-Sun Amissa

For Burdened and Bright Light is the fifth album by A-Sun Amissa, musical vehicle of Richard Knox, founder of Gizeh Records, a label that continues to put out unnervingly ground-breaking instrumental, drone and experimental music with fabulous artwork to boot. When I reviewed 2018’s Ceremony in the Stillness I said that the albums emotional tone was one of “introspection, a tinge of loneliness, slight unease perhaps, often desolation”. What we have here is a continuation along that path, but with a deeper and darker approach. The album consists of two tracks, although as I’ve said in reviews before ‘tracks’ and ‘songs’ don’t really cut it when discussing this type of music. We’re in neo-classical territory here, and the unit of consumption is the entire album: 40 minutes of the most gorgeous ebb and flow you’ll hear this side of Christmas. It’s been out a while, and when I first heard it I thought that it was A-Sun Amissa’s best work to date. That opinion still holds, but the album has grown so much for me on repeat listens.

There’s a harshness and an edge to the introductory chords of the first track, ‘Seagreaves’, that tell the listener they’re not in twee post-rock noodling territory here. After the initial unsettlement a drone takes over, and although the sounds change, the vibe doesn’t: there’s melancholy, heavy emotion, and sorrow, perhaps. The guitars and atmospherics pick their way through the tunes cautiously. There’s a depth and heaviness to the drone that remind me of the opening chords of Dead Can Dance’s ‘Yulunga’: the swell of that track is so deep and heavy it has always given me goose bumps, and the drone on the first track of For Burdened and Bright Light, ‘Seagreaves’, has the same quality. There’s lightness, too, with the occasional piano melody and more open atmospherics, but a slow, resonant bass note brings the whole mood back towards darkness and introspection once again. Repeat listens reveal other elements to the music, like what sounds like a far-off yearning cry partway through ‘Seagreaves’, followed by the thud of the bass drum marking time. Thus leads to a guitar melody that shimmers and builds.

Second track ‘Breath by Breath’ starts by using freeform jazz, with Claire Knox’s clarinet, and the orchestral tones in the drone to make for a less oppressive atmosphere. It’s still sombre but there’s more space in the music, with much more of an ambient feel. Surging guitars are reprised in the later on but overall the second half of For Burdened and Bright Light provides a lighter counterpoint to the doom-laden ‘Seagreaves’.

Taken together, we have 40 minutes of melancholic and beautifully paced instrumental music that hangs as a single piece, and which holds the interest from beginning to end. There’s much to discover on repeat listens and the recurrent riff that is built up in the first track and then reprised in the second stay in the mind long after this all-too-short album is finished. With depth of feeling and an intense mood, the darkness, light and shade that For Burdened and Bright Light presents the listener with are fabulous for letting the mind drift away.