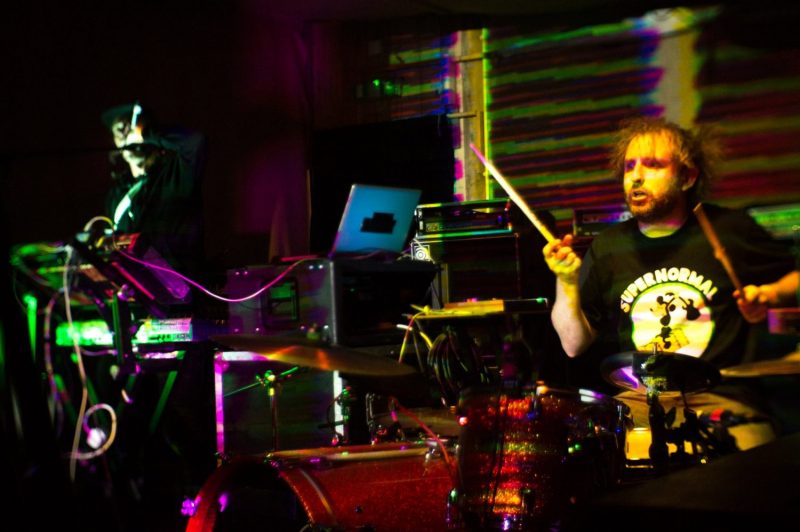 Our last trip this year down to Woodland Gathering through the magic cameras of IMPA TV finds London based ‘two man everything machine’ Gum Takes Tooth bringing the driving rhythmic electro psych noise whatever to an appreciative crowd. This is a great set, Jussi apparently unhampered by having one arm in a sling.

Less direct and pummelling a drums and electronics duo than, say, Petbrick, they range over a far wider sonic landscape and the Gum Takes Tooth sound has always been quite hard to pin down. Shot through with all manner of familiar elements and driven by Tom Fug’s restless drumming it pulls you in easily enough but then refuses to follow genre paths instead winding its own way through the forest of techno, noise, psych, dub and electro wonk. It’s brilliant stuff, pulling off the tricky combination of being immediate and experimental at the same time.

All the way back in January they put out a fine third album Arrow but in case you were forgetting about that ‘No Walls, No Air’ has just recently been released from it with an excellent accompanying remix from industrial techno whizz Broken English Club.

Currently their next gig is March 7th 2020 with the mighty Teeth Of The Sea at the Soup Kitchen in Manchester.