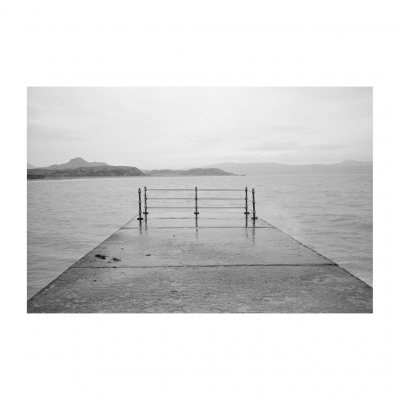 Yammerer are from Chester or Liverpool or somewhere. Possibly both, it isn’t clear. They choose to avoid social media in order to stay dry. Maybe. And so, they are, at this stage at least, slightly mysterious. This is a state of affairs they appear to enjoy but which is destined not to last because Yammerer are coming. Sooner or later we’ll all be picking up useless scraps of trivia like what their speaking voices sound like on 6music, whether they can muster anything worth saying in interviews and how badly they dress on stage or whatever. We’ll probably have to have opinions about it, like it matters. You know how it goes.

Yammerer are well named. They play a hectic and energetic brand of indie-punk clatter that should garner them a moderate sized following without offering them anything stupid like real fame or actual money. They are apparently a live sensation which is always a plus. Yammerer have two guitarists. They don’t play rhythm and lead or lean on distortion but race around one another with clean but squabbling guitar lines. They sound a bit like The Fall, but in that good way where there’s some overlap, not in that crap way where bands just really want to sound like The Fall and it only makes you hate them.

Reality Escape Resort is Yammerer’s debut EP. It scoops up tracks that have appeared as ‘singles’ earlier in the year and parcels them together in a chewy four track tangle. You can even get it on one of those vinyl records that they have now. Convenient. ‘Airport’ rattles wildly along and might be about a panicky argument in a car that’s gone to the wrong airport. Or not. It offers us all the welcome chance to yelp along with its cries of “delusional! delusional!” which, when you think about it, is pretty much permanently appropriate nowadays.

‘Poisonous Reptilian Colleagues & Co’ is a total winner, wishing an unpleasant illness on a hated co-worker. Talk about the spirit of the season. It collapses worryingly in the middle but leaps back up all wild eyed and hyper. Yammerer say the first three tunes are “an account of the causes of suffering; Delusion, Aversion and Attachment, respectively.” Easy tiger, must we fling this buddhist enlightenment at our pop kids?

Epic last track ‘Seasons 13-31’ wheels through the lot. The wired tension eases as they hit a comfortable cruising speed and the landscape rolls past in the sunlight. The vocal Yammerer yammers on and it’s got some nice cheap sounding organ in it. It stretches on out past 9 mins without stopping for a chorus or dumb solos and yet it doesn’t try your patience. Nicely done.

Yammerer aren’t exactly reinventing the wheel here but they’ve left the car up on bricks and are rolling the wheels down a steep bank into the canal with giddy abandon. What Reality Escape Resort is most like is a great, late 80’s Peel session by some obscure awkward buggers like Bogshed, Mackenzies or The Noseflutes. For the avoidance of doubt, this is a recommendation for all concerned.