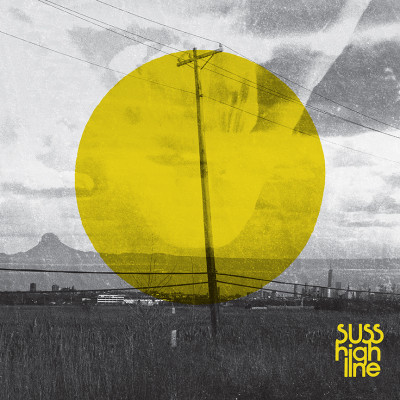 There are so many ways in which you can approach creating ambient music. The key lies in the capability of a musician(s) to create a certain space, an atmosphere that permeates the music, or sounds if you will. In attempting that, there is usually no middle ground – either you place your idea right where it should be, or it turns into a boring mush that is going nowhere. A very hard thing to achieve the right results, no matter what.

But then, you can go an even harder route, try to combine two or more spaces, atmospheres at the same time. There, the pitfalls can be even greater, but so can the rewards.

With High Line, their second release, New York quintet SUSS decide to attempt the latter – they wanted to launch their music into space, but at the same time stay firmly on the ground. A very specific ground, somewhere in the deep (often dark) American West. In theory, that would be something like a cross between Ry Cooder’s Paris, Texas soundtrack and any of Boards Of Canada’s explorations, and that could be a very tricky proposition, indeed.

But it seems that SUSS is well versed in all musical tips and tricks because they pass the test with flying colors. Flying colors that seem to stay on the (American Western) ground, just as the band intended them to do.

Sure, the tracks have names, but with ambient music, it often doesn’t really matter, nor is it intended to. To create an atmosphere, or in this case two atmospheres, you have to absolutely master not only the sound that you are trying to create, but also all the sounds your intended one is based on, and five guys in SUSS seem to be able to do that in their sleep. Sleep in which they seem to have created this double dream.