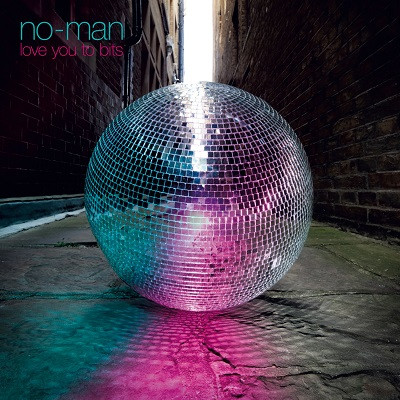 Love You to Bits by No-Man

It’s been 11 years since No-Man have released a new album after Schoolyard Ghosts. For the past 32 years their music has been this crossover between ambient, trip-hop, dreamy, chamber, and the art genre. This year, they’ve returned home to the mothership with a trippy-psych-discotheque adventure that goes beyond the structures on their seventh album entitled, Love You to Bits.

For me, I had to go back and listen to their fourth studio album from 2001 entitled, Returning Jesus to get me up to date before going on board their latest release. And for me, it was like re-introducing myself to discover what I was missing from No-Man’s music. As I’ve mentioned earlier, the third release was chamber and jazzy with a swirling crossover.

But there was something magical behind that made me want to go back to their previous albums from where it all began. Now let’s get inside the mothership by embarking on an incredible ride by hurling to the cosmos with Love You to Bits. Released on the Caroline label, their sixth studio album tackles the views on the aftermath with some different points of views on being involved in a relationship.

With the two-part pieces including the title-track and ‘Love You to Pieces’, the music is like opening up a new book that you’re starting on and it is brought to life on the very first page. And to be allowed to have Adam Holzman, David Kollar, Ash Soan, Pete Morgan, and the Dave Desmond Brass Quintet, it gives the album a breath of fresh air from start to finish.

From its swirling counterparts of Pink Floyd’s Wish You Were Here-era meets Supersister’s ‘No Tree Will Grow (On Too High a Mountain)‘,  it goes into this trancing vibration that gives it a pulsating electronic drum beat, Bowness sings “What are you thinking. What are you dreaming. I’d like to know what’s on your mind.” It’s almost as if he’s asking the both the listener and the crowd what is going on in their lives and the relationships they’re in at the moment. He and Steven would take them to the dance floors by getting the motif played on a loop as the background vocals sets up this crystal ball to land at the right moment for the shiny glass mirrors to fill up the entire dance hall. And wait a second, is that a funky guitar riff? Alright now we’re cooking with gas!

And then all of a sudden it changes for the synths and guitars falling into the abyss after the damage of the relationships have gotten worse and strained than ever before. The increased level goes up and up very quickly to add the intensity between the romance that has been damaged like a tea kettle whistling non-stop in a high-pitched sound with some snarling notes in the 4th and 5th pieces on the final section of the opening title-track.

While the title-track has five suites, ‘Love You to Pieces’ has the same number of pieces as the mirror-ball goes back into the mothership and returning back to its home planet. I believe it’s the sound of the cello from the mellotron that describes the details from what has happened to the relationship that cannot be fixed. You can imagine that the ship itself is ready to go by setting its course to return home for both Bowness and Wilson to head back home as the dance hall has suddenly changed from loving spirits to an abandoned ghost town. Meaning that it once was beautiful, has now become an empty space that has turned into dust.

I believe Adam Holzman comes into the picture and sets sail with some incredible Electric Piano improvisation that gets the groove going by channeling Herbie Hancock, Mike Ratledge, Joe Zawinul, and Chick Corea. The ‘80s vibrations come into play as it shows a sign of happiness to return hopefully back to Earth to lift their spirits up and coming back for one more dance.

But then it changes into the ambient voyages for a brief second of Tangerine Dream’s Phaedra as the piano sets up the landing gear for their chance to be home again. Knowing they had a blast to fill the dance halls by raising the roof with romantic relationships and love, it came with a heavy price.

Love You to Bits is No-Man’s welcoming return for both Bowness and Wilson. It is like finding a long lost diamond in the middle of Ancient Egypt. And I think it is perhaps one of the most heartfelt albums that is told through some incredible structures from beginning, middle, and right into the end. I hope that Steven brings Tim next fall as an invited guest. Maybe perform some of the excerpts from the new album as well during Steven’s tour entitled, The Future Bites.