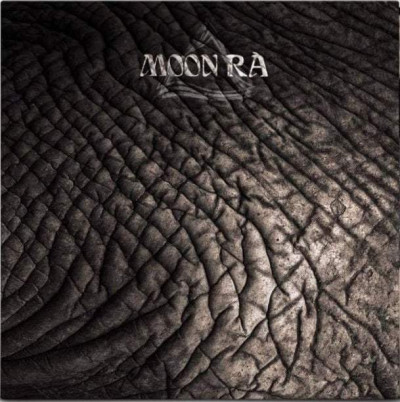 It had to happen really. In fact it’s surprising it took so long, but now we have the yin to our yang the black to our white, the high to and our low, and our Moon Ra to our Sun Ra. Don’t go running away just yet though. You may want to give this lot a piece of your time. There are some serious deep vibes coming from this French bunch, and they aren’t about to let you get away without a lesson in progressive space rock.

What is immediately striking about Moon Ra is how the music seems to have been unearthed from some distant time capsule laid in 1972. As the stabs of organ strike and the dissonant guitar motif pierces your brain on ‘Burn In-Burn Out’ it’s almost as if the bastard cousin of Pink Floyd and early King Crimson have decided to have a bash at this thing called prog rock. Along the way they manage to trip out and cast their music out into some wild abandonment of space, where the only guide is the wild haired organ player, forever trapped in his ’72 prog purgatory. Man, it’s fucking ace, and that’s all just on one song.

The motorik guitar rhythm of ‘Snowpiercer’ is further indication of how far out these guys want to take you. Whilst they are more than adept at bringing the spaced out moments, it’s the riffs that drive the momentum forward. Like some colossal monster, incessantly chomping at your feet as you desperately try to run away, the music consumes you in one giant gasp, leaving you swirling around within it’s mouth. You can’t escape, and quite frankly why would you? By the time the riff gives way to a glorious moment of music unheard since the heady days of Pink Floyd screaming about axes, you can cast judgement to the four winds and just enjoy the ride. It’s better that way, easier.

Underpinning the music is a strong krautrock minimalism to it. Staccato riffs and metronomic timings merge to create a monstrous sound but beneath it all is a simplicity which allows for the more wilder aspects to stand out. The monotony of the riff or beat draws you in and keeps you held within until such moment as Moon Ra are ready unleash either a blast of heavy riffs, or something much deeper. It’s a measured approach and one which pays absolute dividends.

It’s been quite a year for instrumental psych albums already but Moon Ra can certainly add their name to the ever growing clamour of space explorers. Offering a mix of both krautrock minimalism, and 70’s prog rock pays off on an album which never once gets boring, and whilst its at it, provides some rather wonderful excursions into psych/space. Moon Ra are one satellite you want hovering benevolently over you as you go about your day. Trippy, deep and satisfying.