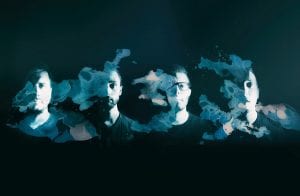 About a week ago we caught up with Paris based post-rock quartet When Waves Collide and discussed their new release and their influences via an Under the Influence piece. Today the band releases a live video for a new track that will appear on their next album. The track is titled ‘Omen’.

This is what the band had to say about the live footage, “On October 15th, we released our first EP. This is a live video made during the release party in Paris at Supersonic. All footage has been filmed by the spectators themselves with their phones or cameras. We did an investigation to find every footage we could of the same song. (Thanks to Zoé, Fanny, Estelle, Oriane and Gilles for sending us their videos). The sound is live of course. The video has been edited by a good friend Gwenegann Barreau. This is a fully DIY video made with friends and with passion! The song ‘Omen’ is not part of our first EP but will be part of our next album (2020).”

Check out the video below. Their current EP I is available here: https://whenwavescollide.bandcamp.com/ 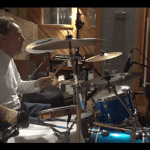