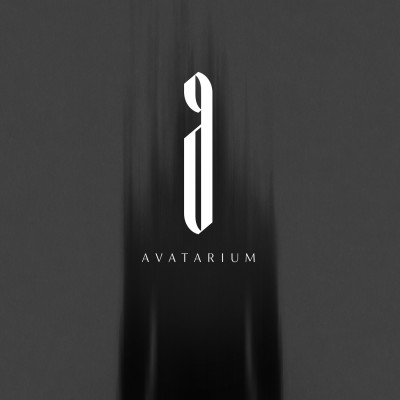 The Fire I Long For by Avatarium

Doom can have-a tendency to be regarded has one of the more limited of metal sub-genres. But for those who appreciate its unrushed, booming weighty vibes will know there are quite a few variations, from the incredibly slowed down variant of funeral doom through to the melodic old-skool Sabbathian flavourings of the majestic The Skull, via the sprawling crushing instrumentals supplied by the excellent Bongripper, to name only a few. In other words, it’s more-broad in scope than it is rarely given credit for.

One of the earlier doom pioneers Candlemass’ former bassist Leif Edling formed the melodic-heavy Avatarium in 2012. They may now be Leif-less in their live line-up, but he is still involved from the side-lines as he contributes three songs to the band’s fourth album The Fire I Long For. Still containing guitarist Marcus Jidell and vocalist Jennie-Ann Smith, with organist Rickard Nilsson, new drummer Andreas ‘Habo’ Johansson, and for live purposes bassist Mats Rydstrom shaping the rest of the 2020 version.

Like previous albums The Fire I Long For is still firmly rooted in big riffs and earworm melodies. Spearheaded by Marcus’ riffarma expertise and his artistry ability to fire off soaring solos. If that isn’t enough, and possibly just edging in prominence to take the main attraction award is Jennie’s powerful, but warm, sultry, and beautifully sung vocals which gives Avatarium their own air of distinctiveness. But, what is added more significantly this time around to their tuneful doom-laden DNA is a truckload of respect to the classic rock greats of Rainbow, Dio, Heaven and Hell, Deep Purple, and Led Zeppelin.

This classic rock quality is deeply instilled throughout the album’s entirety, but it never over shadows the predated Avatarium sound.  Instead, it enhances their natural earworm injections to a greater degree. Take opener ‘Voices’, which comes at you over the dark horizon with Rainbow’s Rising era’s stormy epic atmospherics burning blazingly. Jennie-Ann’s confident, commanding vocals rides many waves; smooth crooning to elevating belting highs. It also doesn’t take long before Marcus’ inserts one of his afore-mentioned soaring solo’s, while organist Rickard lets rip with a Jon Lord on steroids solo blast. Man, this sets the bar high.

And if that isn’t catchy enough, then the album’s lead-off single ‘Rubicon’ merges all the best bits of early Rainbow and the Tony Iommi, Geezer Butler, and the late, great Ronnie James Dio’s Heaven and Hell. A crashing tide of a thunderous riff, densely fuzzed up weighty bass, and, as always, Jennie-Ann’s vocals takes the song to a higher level. Has Jennie-Ann been studying Ronnie James Dio’s vocal phrasings and style? Quite possibly, and if so, no shame to be influenced by one of, if not, the greatest rock vocalist of all time.

However, on ‘Lay Me Down’ Jennie-Ann proves she is also a very capable singer in a far expansive sense. She could easily release an Adele stylised orchestral led pop-diva set of songs, as she elegantly applies her voice to the song’s crossing of paths between Rainbow’s sublime ‘Catch a Rainbow’ and a dustbowl Americana vibe. It is not the album’s only slight curveball, and highlights the confident approach the band have taken.

The opening three songs push hard for the band’s finest songs to date. And later-on, ‘Great Beyond’ is another majestic sweep of a quality Led Zep invoking thunderbolt of rock melodrama. So, what remains isn’t necessarily filler, and in no way, are they bad. I wouldn’t go as far as to say it’s disappointing either, as they are all very solid and accomplished, but it does feel the remainder dips a touch due to the album’s afore-mentioned high quality standouts. However, ‘Porcelain Skull’ is a nod to Rainbow’s blusey chug, while they put on their metal boots for the Dio recalling ‘Shake That Demon’, and they close with the other curveball in the sparse, spacious piano and vocal accompaniment of ‘Stars They Move’.

All this amounts to Avatarium’s The Fire I Long For should be given an ear by those who prefer their side order of doom healthily peppered with oodles of classy, epic sky rocketing, classic rock. Long live rock n roll.