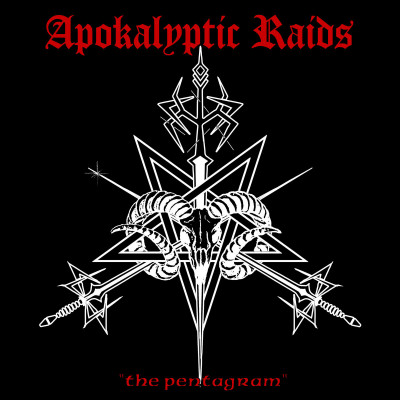 The Pentagram by Apokalyptic Raids

Hellhammer are one of the biggest influences ever in extreme music and with their music being paid tribute nowadays as Triumph Of Death, the band fronted by Tom G. Warrior (or Satanic Slaughter as he used to go by) himself, they are back in public consciousness but to legions of fans and musicians, they never went away. While the metal pioneers didn’t get their dues in their lifetime, they have definitely made up for it since in the form of the bands they have influenced from Sepultura to Napalm Death to Mayhem, In fact just about every black and death metal band owes something to Hellhammer and this worship goes on and on.

Much like fellow Hammerheads Warhammer and Gallhammer, Brazilian band Apokalyptic Raids go even further with the Hellhammer worship with the band named after the Hellhammer EP, their artwork and logo based on theirs and their recorded output sees them paying tribute to Hellhammer and Celtic Frost throughout. With their latest record The Pentagram (released again on vinyl by the mighty Hells Headbangers) Apokalyptic Raids continue this trend and unleash nine stages of unholy noise in an unabashed maelstrom of completely raw black and death metal. The band are also influenced (although obviously not as much) by the likes of Venom, Bathory, Motörhead and Discharge and this mix of bands gives you a good indication of the definitive Apokalyptic Raids sound.

With tracks like ‘Necromaniac (Is Back)’, ‘The Ghost Of The Hammers’ (complete with cracking Tom G. Warriors trademark grunt) and ‘Keep My Grace Open’, the power and  speed of the band is turned all the way up and they have got the raw sound of Hellhammer and Celtic Frost completely spot on, complete with their own take on the metal madness.

The entire album speeds past in a blur only pausing to stop on the dearly groove of closing track ‘The Story Of Pope Joan’, a defiantly anthemic trad metal song that morphs into more familiar territory at the ones conclusion to ends things perfectly.

With the bands classic lineup of vocalist/guitarist Necromaniac, bassist Hellpreacher and drummer Skullkrusher reunited on this album, it shows off the raw power of Apokalyptic Raids to the extreme and the severity of their death laden noise assault.

Turn up loud and blast The Pentagram in true Hellhammer worshipping fashion. Tom G. Warrior would be proud! 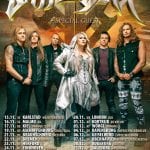 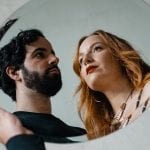