(((O))) Review: A Winged Victory for the Sullen – The Undivided Five 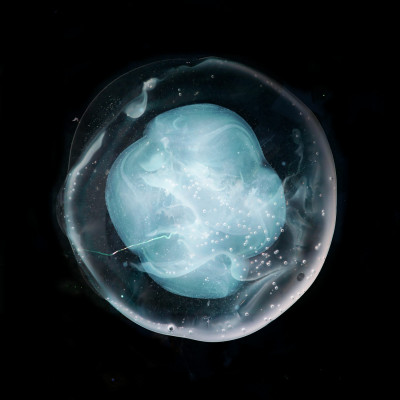 The Undivided Five by A Winged Victory for the Sullen

On their first release in five years A Winged Victory for the Sullen return with more delicately woven and calming atmospherics to ease our troubled minds. Any concern that their sideways move onto Ninja Tune might signal an unforeseen creative lurch towards crisp urban beats are gently hushed. Opener ‘Our Lord Debussy’ begins with stately piano and leads us into slow rising drones and strings. It is exactly what you want from them, slowing your breath and reminding you to relax your shoulders. As the title of the album’s beautiful centrepiece would have it, ‘The Slow Descent Has Begun’.

The Undivided Five trails in a tangle of numbers; their first album in five years, third album proper and surprisingly, only eight years since their self titled debut. That album brought a perfect blend of ambient drone, slow core, and post rock’s classical pretensions, it seemed to draw its strength from these discreetly disparate approaches, nimbly combining their finer impulses and shaking loose wearisome conventions. It was not as static as drone, as bombastic as post rock, nor dry and cerebral as minimalism. Startling as much for a sense of inevitability as for its elegant execution. However, this new album arrives in a different world, one in which their work and that of peers and occasional collaborators like Max Richter, Hildur Guðnadóttir, Jóhann Jóhannsson, Ben Frost, Hauschka and Tim Hecker reaches much wider audiences and now regularly soundtracks film and TV alongside more rarefied art projects. It has steadily become entwined in the broader culture.

Only their second piece of original music outside of film, TV and stage commissions, The Undivided Five is not a soundtrack for a TV drama in which Enid Blyton characters confront their differences over the Brexit vote, although it does feature a short track called ‘The Haunted Victorian Pencil’. A term that has gained some favour poking fun at Jacob Rees Mogg’s appearance. Why a couple of Americans living in Europe might pick up on a wry joke at the expense of a British politician for a title is unclear and, naturally, left somewhat open ended. The piece itself is a Satie-esque, melancholy, miniature. A good deal more palatable than Mogg, it must be said.

What then to make of an ambient, neo classical piece entitled ‘Aqualung, Motherfucker’? Obscure beef with the London musician of that name, Jethro Tull reference, or another in joke? Taking the name A Winged Victory for the Sullen always seemed a subtly self-mocking move to undercut the rarefied seriousness of the music. Here again their titles do not offer us much, seeming almost to be randomly allocated and most often references to music itself rather than any subject. The album’s title acknowledges this as their fifth release, the recurrence of the harmonic perfect fifth, and an interest in artist Hilma af Klint and her group ‘The Five’.

An inspiration also for Jane Weaver’s Modern Kosmology album, Hilma af Klint is an apt parallel for AWVFTS. Finally having her moment in the light after about a century of obscurity af Klint was a Swedish painter of abstracts that channelled her spiritualist beliefs into bold use of colour and form ahead of similar developments in modernist painting. She believed that the paintings came through her but also that the time was not right for them to be appreciated, storing them away and asking they not be revealed until 20 years after her death. It’s an extraordinary story, the sort that might test your patience were it fiction. The use of what could be seen as formalist abstract approaches to channel something more metaphysical or ineffable seems the shared thread. The cover is not one of af Klint’s works but there are echoes of her forms in its circular photorealist image of what might be ectoplasm, something enigmatic and protean.

Perhaps it’s even an element of ritual in their process, af Klint’s group ‘The Five’ held séances. For this album Dustin O’Halloran and Adam Wiltzie were not simply pinging soundfiles back and forth across the ether between their Berlin and Brussels studios, they set out for resonant locales in order to divine sonic nuance at a granular level. Recording grand piano parts in a remote woodland studio in northern Italy, using Brussels’ Eglise Du Beguinage for its unique reverb, making orchestral samples in Budapest and tinkering with overdubs in Ben Frost’s Reykjavik studio. All selected for particular qualities and vibrations. Such ambient spatial subtleties are felt rather than consciously acknowledged you have to believe. Certainly, they can be hard to discern on a glitching stream and laptop speakers, although I also saw Sunn O))) the other night which could be adding or subtracting from the experience in ways as yet unclear.

I didn’t really care for their work on Iris, it seemed to box them in, truncate their music’s natural flow. Shorn of the demands of soundtracking other’s narratives O’Halloran and Wiltzie stretch out again into a wide sound world. The final track ‘Keep It Dark, Deutschland’ is short and sorrowful, the piano resolving to repeating chords. I guess it is a dark record overall but its not unwelcoming. Still and contemplative it makes sense that parts of it were recorded in a church, an Italian forest or amid Iceland’s frozen expanse. Places you might feel your own insignificance in the universe, in time. Set aside the static noise of your own mind and feel briefly connected to something bigger. There’s room in this music to let your heart and mind wander as it gently carries you along.