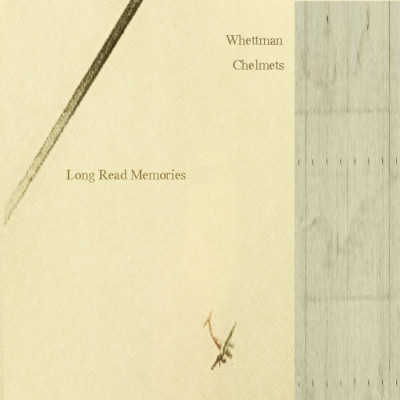 For those in the Twittersphere who lurk among the tiny independent labels, cassette dealers and solo artists making forward-thinking ambient music, Whettman Chelmets is a reassuring presence. I’ve reviewed some of his work on this site before, describing 2018’s Annihilate Your Masters as almost neo-classical in its structure and approach. The music he makes is clearly always personal, partly because of the track titles, partly because of the number of field recordings used (recent works have featured his baby daughter), and partly because of the album bios on his Bandcamp page. But Long Read Memories takes things to another level: this tells the story of a major part of the artist’s own life, rather than being about his outlook or perceptions of the world. It’s clearly painful, something that has not until now been aired publicly by the artist.

Long Read Memories is an act of supreme catharsis on the part of this music’s creator, and as such is a tense and sometimes difficult listen that helps the listener begin to understand what another human being has been through. The sparest details are that when the musician was 9 years old, his teenage brother committed murder and was sentenced to life without parole. Because of the injustices of the US penal system, the brother is still in prison and is now almost 50. He is involved with bringing together victims of crime with offenders. The album is about the way in which such an event pulls a family apart and the rebuilding of a relationship with a sibling who’s been locked up for committing a terrible crime.

It starts with harsh glitches and crash, a car horn and a scream. The harshness of the sounds resonate with what you know about the album’s purpose. It’s hard not to relate what you hear with what you know of story being told. The spare drone that follows equate in my mind to the disbelief of experiencing such an event, and the ways in which one might see the new world that follows after. The period of grief and confusion about having a sibling taken away is echoed by one of many found sounds used in the recording: the looped beeping of a reversing truck. There is also muted speech, “the devil double-crossed you” and “why me, why me”. After the violent start and the disorienting first minutes there’s a whole lot of space that follows, and a calmer, more peaceful ambient throb that sounds to me like later years: coming to terms with the past and building broken relationships. There are sections where the tension and paranoia are ratcheted up once more, and one really gets a sense of the artist working things out in his own mind. It is years of pain and confusion depicted in musical form.

As with Whettman Chelmets’ previous work the music is seamless and runs together like a suite – it suits the neo-classical tag in that sense. On Long Read Memories the music is entirely framed by the backstory. Once you know and think about that story the only conclusion is that the music fits it perfectly. It’s worth reading some of the words that Whettman Chelmets has written about it, and following some links on his Bandcamp page.

Long Read Memories is at times an intense and unnerving listen, but as a conceptual album it is a resonant and strong piece of work that stays with the listener long after the last notes are sounded.