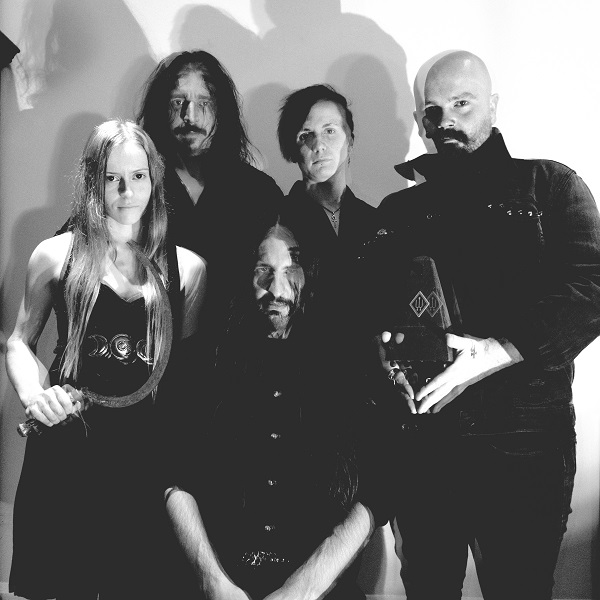 Bristol’s gothic post-punk outfit NAUT are set to release a new EP titled Semele on November 8th. The album was mastered by Orgone Studios and the title track features a guest solo from Henrik Palm (In Solitude, Ghost), which is now up for preview via their Bandcamp page. It’s an incredible track. The instrumentation is fluid and the vocals are powerful, making this track infectious.

The band comment, “These tracks allowed us to collaborate with an artist that we’ve been dreaming of working with for a while now…to have [Henrik Palm’s ] mark on the release in the form of a guest solo is mindblowing.

The tracks themselves are quite contrasting, as night and day, before and after. At the time there were a lot of conflicting things happening in life and breaking free from those was always in my mind, and that has clearly come out in the music writing process. The lyrics can be seen as a document of the hopes, fears and dreams of the writer at the time they were written and by making the subconscious tangible one can better understand where their path is taking them and what they want their journey to be.”

We caught up with the band and asked them to pick three albums that have influenced them and their music. Gavin Laubscher, vocalist for the band, gave us his picks. 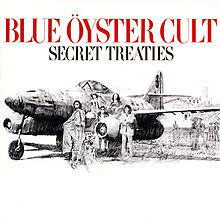 I find it a shame this band seems to be only known for one song: ‘Don’t Fear the Reaper’. Though that song is a brilliantly written/recorded classic, when you engage with the band as a whole you find something artful not only in their song writing but in their whole existence as a group. BÖC were meticulous is creating a mythology around themselves – like some sci-fi, outlaw biker gang, embroiled in the underbelly of our planet and Secret Treaties exemplifies this with songs like ‘Career of Evil’ and ‘Harvester of Eyes’. The artwork for this particular record also adds to the mystery of the Cult and is packed full of symbolism.

Perhaps simply, this album has our favourite selection of songs, seeming to sum up the different facets of the Cult: catchy, groovy, well-written songs with strong narrative themes that occasionally break into moments of real musical elevation – like your UFO breaking through the atmosphere.

The Doors – The Doors 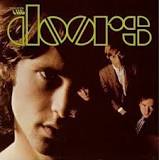 Much like the lyrics of the track ‘I looked at You’ once I heard The Doors at age 7, I couldn’t turn back. For me they are the quintessential wild rockers and Jim Morrison’s antics on and off stage are almost as compelling as his lyrics and their delivery. The four members have an unspoken magic, working together to create a mesmerising performance, each part in communion with the other.

This combination of perhaps the most charismatic frontman, lyrics with true emotion at their core and a mastery of the art of being a band working as one leaves The Doors, their music and their legacy in a very special place for me. Discovering this at an early age has meant that they have in some way been the prism through which I view music and creativity, both of my own making and others. This album in particular has a kind of raw truth to it, the honesty of pure creating coursing through it and it has had a profound impact. 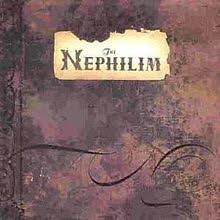 Goth cowboys covered in flour, what’s not to love? In all seriousness, they are a band that stand apart from all others for me. The music sounds like a dream, spilling over from some other plane of consciousness. The songs on this album are like water, calm and tranquil before exploding with energy.

As a band that have an interest in occult subjects, they are one of the few if not only who have managed to capture a sound that is what I hear when I think of magick. McCoy’s lyrics are so perfectly supported by the music, that the transformative nature of music is rippling throughout this record. The union of ceremony and performance is something that fascinates me and the musical exploits of the band from this era are an almost perfect embodiment of this.