(((O))) Interview: Takaakira ‘Taka’ Goto of MONO – Beyond the Past Anniversary 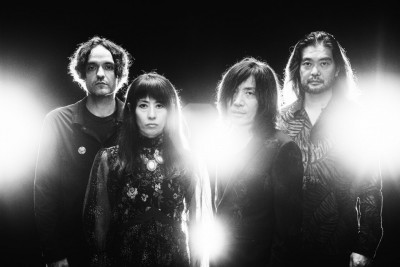 It’s been a spectacular few months since our last interview with Taka back in February. Recently, the band made a special announcement so we decided to interview Taka again to talk about this and more.

In January of this year, fans celebrated the release of MONO‘s 10th studio album, Nowhere Now Here, and joined them in their year-long celebration of being together as a band for 20 glorious years. In February, we interviewed Taka and discussed the new album, their anniversary and much more, leaving us with a taste of something wonderful to come. Recently, the band made a special announcement so we decided to interview Taka again to talk about this and more.

(((o))): It’s been a spectacular few months since our last interview. At that time, Nowhere Now Here had already been released and the band started the world tour. At the end of our interview you alluded to planning “something special from Autumn to Winter” and now that time is here. For those of us who don’t know, can you tell us what the special announcement is and what it entails?

TG: As the celebration of the 20-year anniversary, we’ll do an orchestra show under the moniker of “Beyond The Past”, in New York, Chicago, Los Angeles and London. At those events, a lot of new and old artists and our friends who we can respect a lot will join us. They’ll be unforgettable celebratory events of our lifetime. Really looking forward to it.

(((o))): Both the US and UK line-ups are stellar. What was the thought process behind the curation of each show?

TG: For America, it was important for us to look for bands with a smaller number of people, for our orchestra’s setup time in mind. We also wanted to play with talented artists and hardcore bands that are filled with the spirit. In the end, we got the opportunity to play with The Album Leaf who we’ve been friends for a long time, and Bell Witch, who we’ve been a fan of for quite some time. London, on the other hand, will be a big two-day event using three venues in total. The basics of the line-up are fantastic new and old talented artists we met through our European booking agent Haydn from NMC Live. Some of them, we’ve become friends from touring together. Our old best friends Envy and Boris from Tokyo will also join us. Truly honoured.

(((o))): This is not your first time playing with an orchestra. How does it feel to hear your compositions accompanied with a full orchestra compared to when it’s just the four of you?

TG: On our albums, I always use strings to write songs but at the same time, I also arrange it so we can play as a four-piece band from the beginning. In other words, orchestra shows will show the ultimate figures of our songs and especially live, they will turn into something special. The spiritual and majestic worldview you get from extreme noise guitars and strings getting entwined is something we sought for the last 20 years and found as one of our original styles. We’re really looking forward to this orchestra show.

(((o))): Has the band played with each of these orchestras before? Will there be much time for rehearsing together before each show?

TG: For America, we plan to rehearse on the show days. Wordless Music Orchestra for the NY and LA, we’ve previously played together for the tenth anniversary orchestra show in NY as well as on the sixth album For My Parents. The orchestra in Chicago will be accompanied by our trusted old friends who have previously performed on our albums multiple times.

For London, we plan to rehearse a day before. All the people from the orchestra are true first-class musicians so we have absolutely no worries.

(((o))): Also up for pre-order is a mini album that the band recorded with Steve Albini. Can you tell us more about this upcoming release? (I’ve pre-ordered my copy already.)

TG: Between our last European and North American Tour, we took one day off and recorded at Steve’s studio in Chicago. We recorded three songs live, like always and just like that. Since we had a month-long North American tour from the following day, we couldn’t join for mixing but instead, Temporary Residence’s owner Jeremy mixed together with Steve for us. Mastering was also done by Bob Weston from Shellac, like always.

The three songs are from the first and second albums which were written close to 20 years ago. They were also originally recorded before we met Steve. Especially the main 16-minute-long song “Com(?)” is one of MONO’s heaviest songs and since it was performed before the time of YouTube, so it became like a legendary song for our fans. Our new drummer Dahm joined the band so in order to move onto the new chapter, we decided to release it like putting an end to our past. It became considerably intense. Please look forward to it.

(((o))): I love the fact that you’ve named the mini-album Before The Past and the anniversary events Beyond The Past. It feels like a celebration of the past while ushering in a new chapter with a bang. Is that the intention with this release/events?

TG: That’s exactly it! At the same time, it’s also like we’re “now here” from “nowhere”.

(((o))): Still in the thick of celebration, have you given any thought to “what’s next” after the tour is over?

TG: Actually, we can’t think of anything right now. Normally, we start to think about our new album and various tours but at this very moment, we’re just focusing on our 20-year anniversary tours and events.

(((o))): Lastly, what’s been the highlight of your anniversary tour so far?

TG: We got such a fantastic opportunity at the Roadburn Festival where we played last summer. As the tenth anniversary celebration of our fifth album Hymn to the Immortal Wind, we did a special show with four string players. On the next day, we also chose only our heavy songs and performed as a secret show. It really was amazing. Also, just the other day we returned from Asia tour. Our long-time supporters, such as Malaysian and Taiwan promoters who we’ve known for more than ten years, told us to have a grand sold-out 20th-anniversary celebration. That really made us happy; we’re really looking forward to the new North American and European tour which starts in November.

The reason we can do these kinds of miracle things is because of our fans and partners throughout the world who understand and support our music. We’re truly thankful.

Thank you and see you soon! 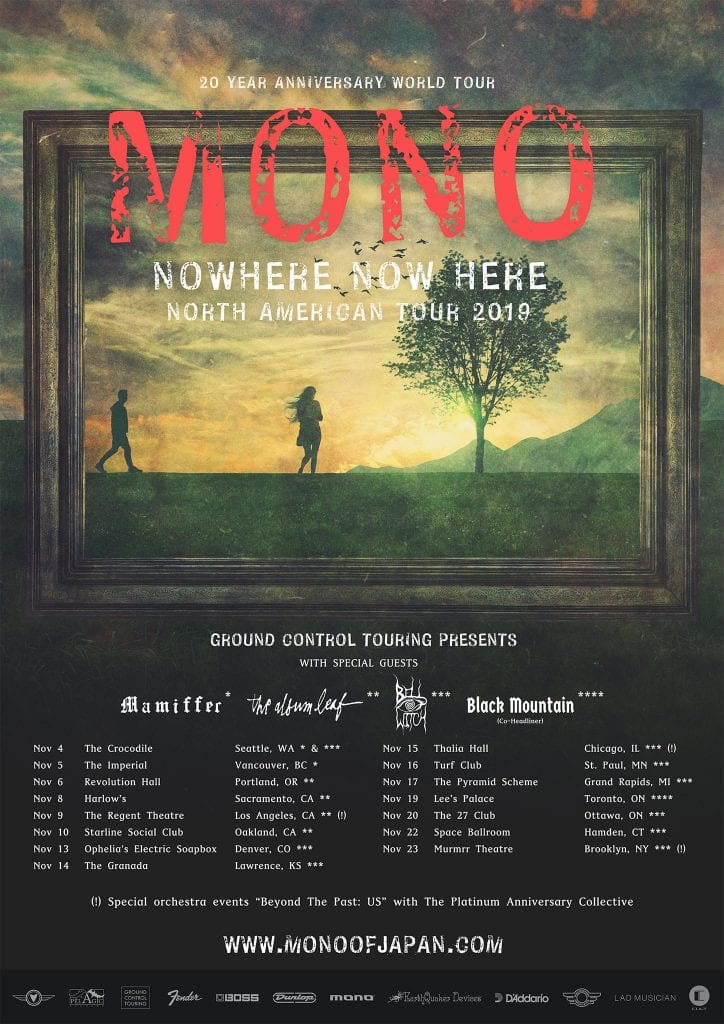 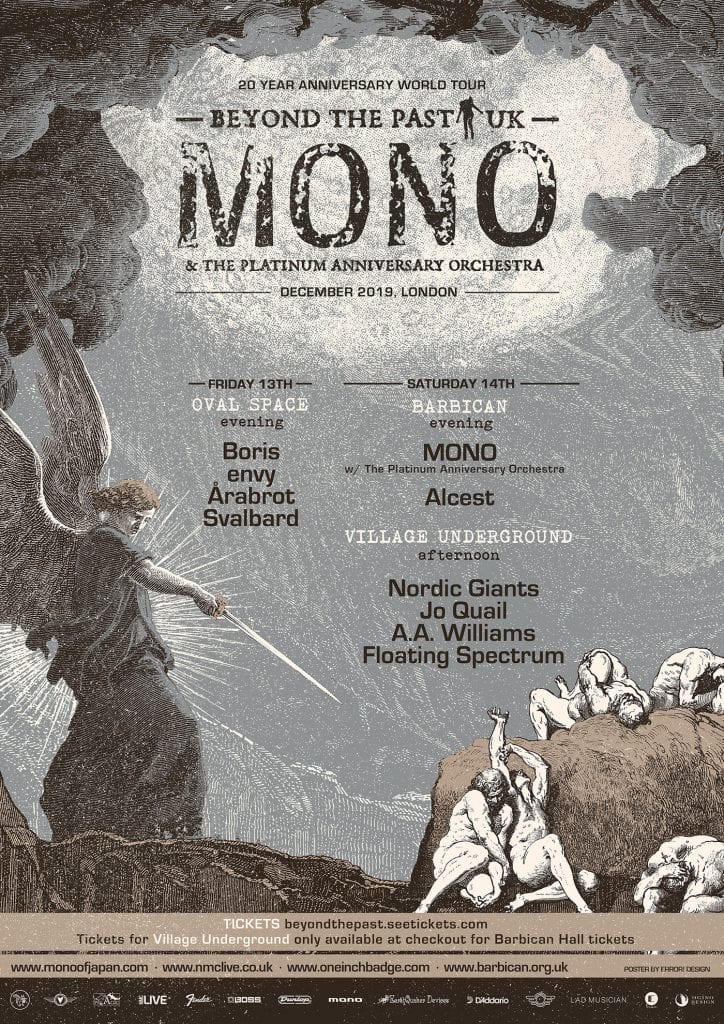 For more information on Beyond the Past: UK or US, go to the band’s website.