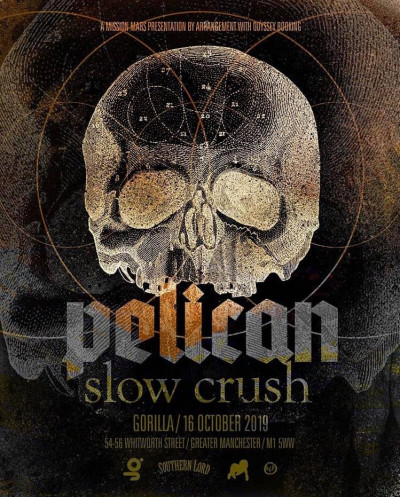 It’s the middle of a grey, rainy week where I find Pelican in the midst of their European tour. Perhaps I should I say that they find me, as they always have done throughout the past 15 years. Having seen them on numerous occasions, I know one thing’s for sure; it’s going to be awesome. With support from the ethereal Slow Crush, Gorilla’s venue is the perfect setting for the post-metal veterans.

I’m expecting and excited to hear a slew of tracks from Pelican’s latest record Nighttime Stories, released earlier in the year via Southern Lord. Their first album in six years is introspective and thought-provoking, whilst carefully preserving their essence. As always, the record dishes out their unmistakably unique riffs with devastating heaviness, following on from previous offerings Forever Becoming and What We All Come to Need, both released during the last decade. 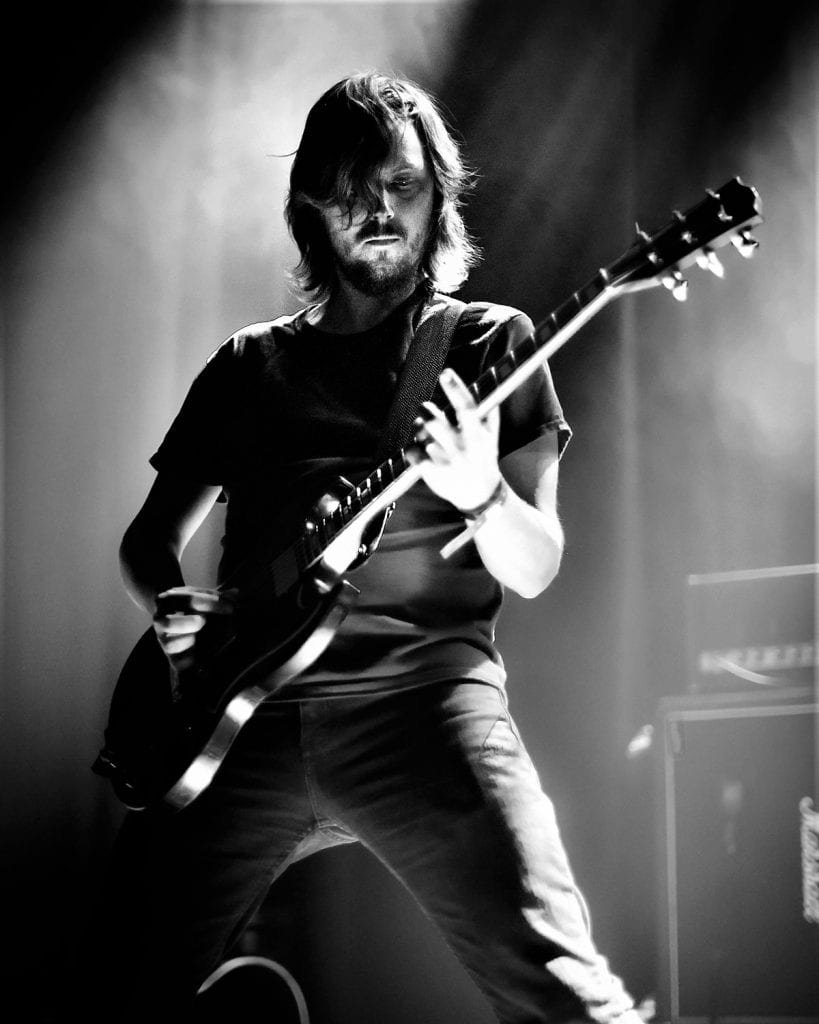 The Chicago-based quartet boast an outstanding back catalogue dating back to 2001, including the mighty Australasia and The Fire in Our Throats Will Beckon the Thaw. These are two of my all-time favourite albums, but I don’t expect to hear anything from either record tonight, nor do I mind. Pelican rarely drift through the UK, so you can’t blame them for exposing audiences to a barrage of new material.

I’ve been fortunate enough to see Slow Crush before, in Manchester’s smaller venue Soup Kitchen. The band’s style blends a cocktail of soft-toned purples, oranges and greens, soaking the crowd in a warm, vibrant dusk. Although they’re markedly different to the headliners and we’re met with a comparatively subdued introduction to the evening, their presence is certainly fitting; the quartet’s wondrous prelude bathes us in a hazy sunset, before we’re gripped by Pelican’s approaching night. 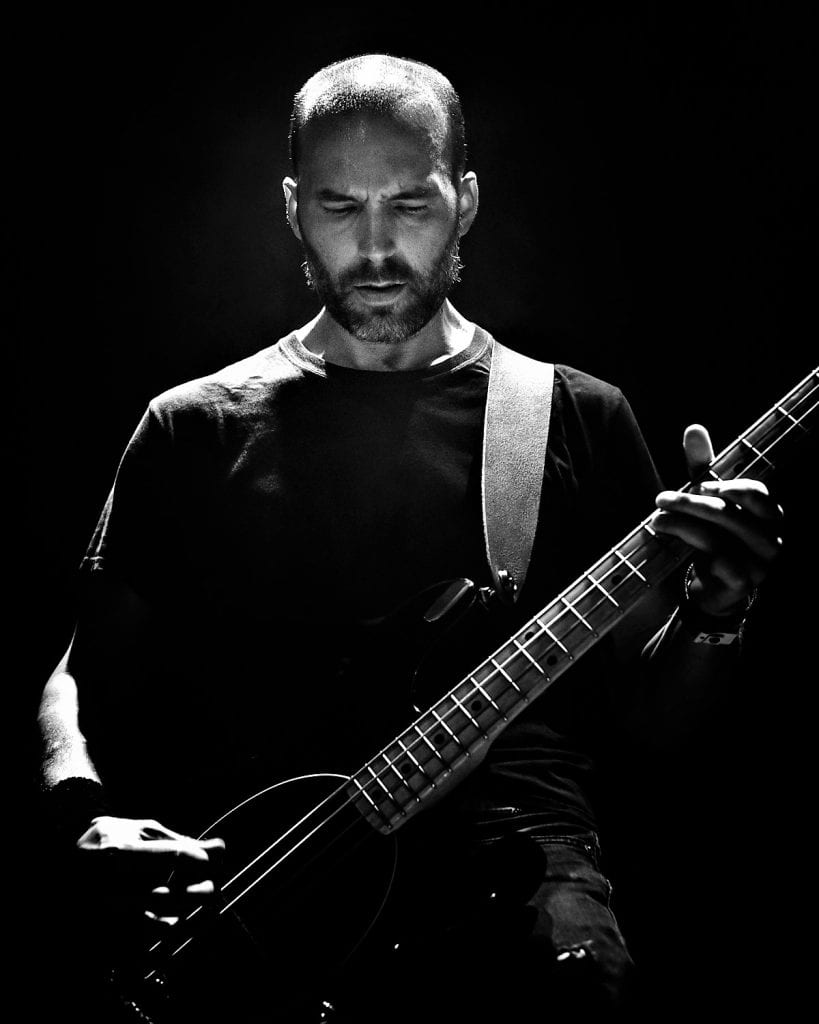 Pelican assemble on stage during a tension-building interlude, before firing headlong into their two fastest tracks, not just on each of their last two albums, but probably in their entire archive. ‘Midnight and Mescaline’ is pursued by ‘Deny The Absolute’ in a 10-minute volley of unrelenting energy. Their sound is clean and crisp, enriching an already spine-tingling experience. I can’t help but smile and watch in awe as my idols carve the atmosphere with mesmerising metal.

Slowing things down a little and winding into the night with newer tracks ‘Abyssal Plain’ and ‘Nighttime Stories’, the band also treat us to the ‘Midnight and Mescaline’ single’s B-Side ‘Darkness on the Stairs’, which I hadn’t heard before, but fully encompasses their immensity. The Nighttime Stories epic closing track, ‘Full Moon, Black Water’ is sandwiched between Forever Becoming’s fiery ‘Vestiges’ and bone-shaking ‘Immutable Dusk’. The latter is my highlight of the evening; the track’s finale experienced live is nothing short of ridiculous. 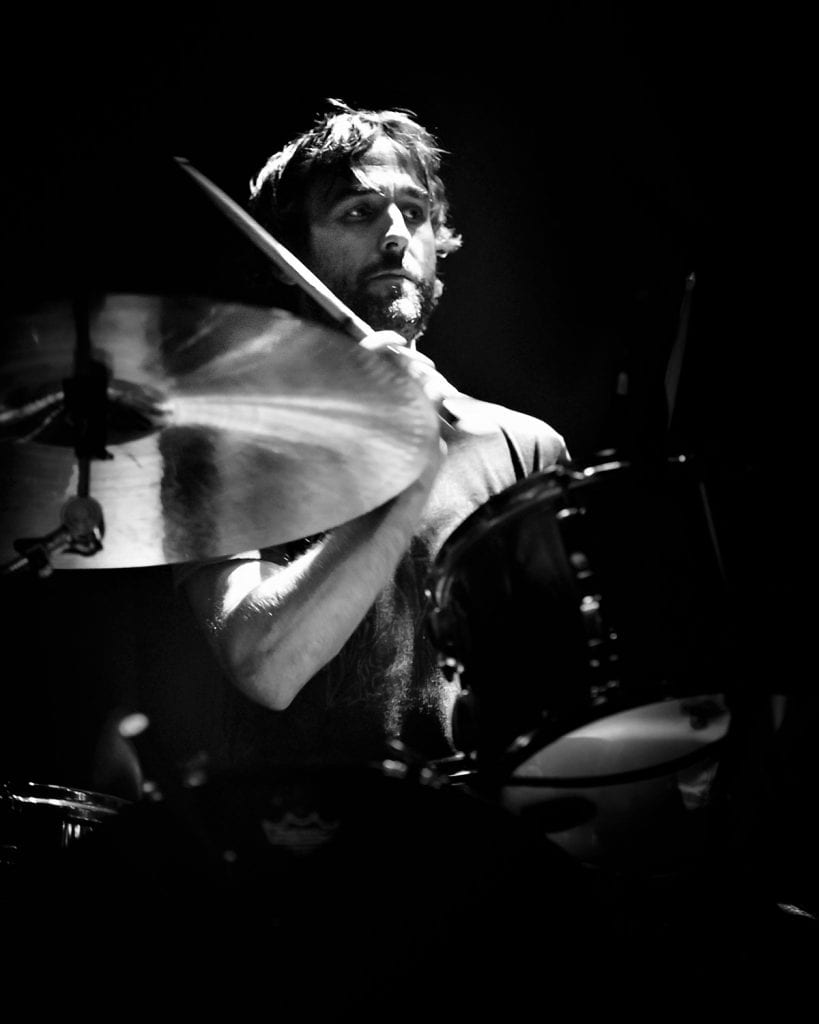 The band finish with ‘Cold Hope’, which has been part of their set for a while and I’ve had the pleasure of hearing a couple of times before, notably during the summer of 2018 at ArcTanGent’s outstanding festival in Bristol. This exhilarating closure to the band’s set, boosted by their powerful stage presence, naturally leaves the audience wanting more and Pelican do not disappoint.

A short break of applause is rewarded with an encore, the band completing their Nighttime Stories main track list with ‘Arteries of Blacktop’; deliberately saving the heaviest till last. After a sprawling build-up, around two-thirds into the track, everyone in the room knows what’s about to happen. Much like their self-titled EP’s now legendary ‘Mammoth’, a pummeling climax thrashes through the flesh and bone of everybody in the room, the band signing off in truly magnificent style. 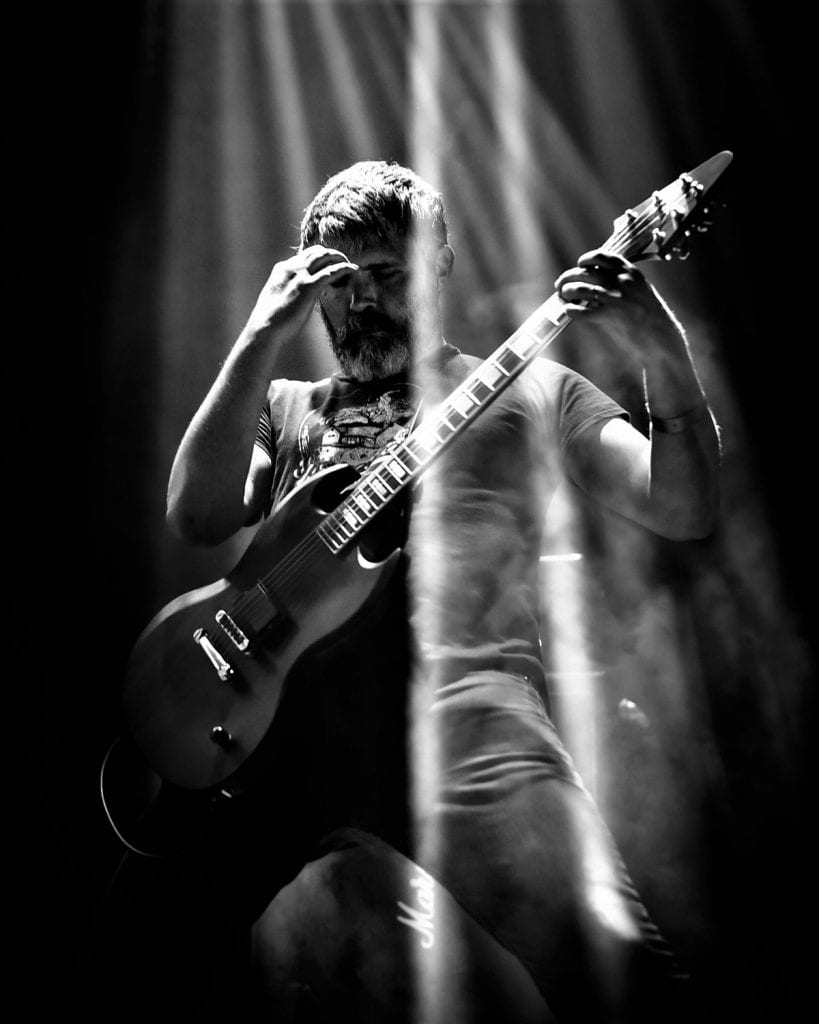 This is a gig absolutely worth every penny, leaving lasting impressions on me and everyone else in this appreciative crowd. Alongside the wonderfully dreamlike Slow Crush, Pelican’s visceral, expansive music offers another incredible, breath-taking live experience. 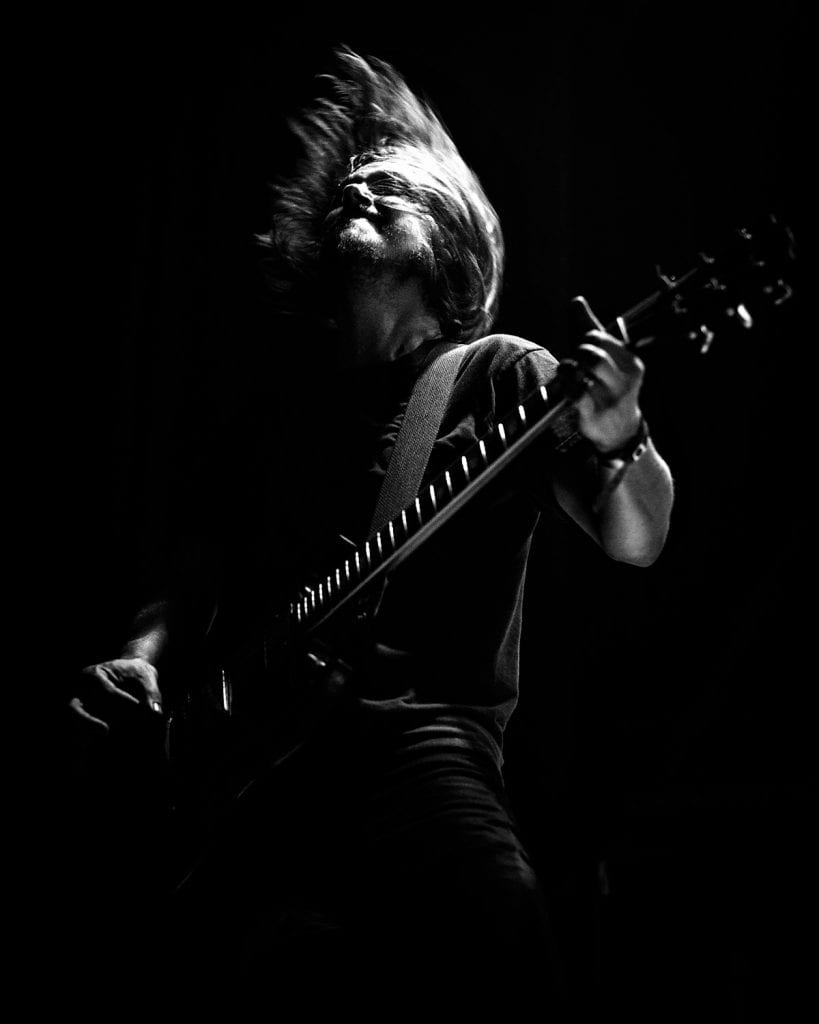