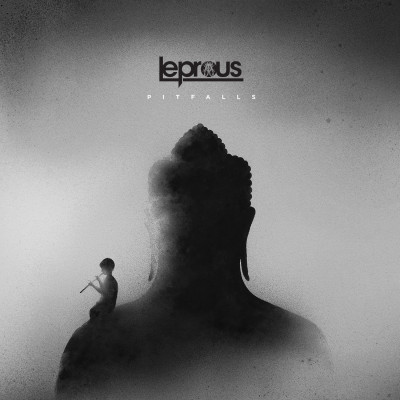 Malina. It was 2017 when the Norwegian progressive metal group Leprous put their fans on a crossroad. If that was enough of a change to handle, then what should Pitfalls be? Pitfalls is the new album that Leprous is releasing on 25th October this year and this will create a disconcerting moment for an ardent Leprous listener. The faint shadows of heavy Leprous has far eluded after Coal (2013) and six years later Leprous has precisely reincarnated in a more pop-ish atmosphere. You might want to sidestep if you are more of a metal head.

Mirroring the album concepts of Lunatic Soul by Riverside and Lighthouse by Iamthemorning this album encapsulates the agonizing period of depression and mental illness that Einar Solberg was battling for the past 2 years. An open book of sorts Solberg scrawled the lyrics pulling out all stops to sound lyrically and sonically themselves.

Leprous entered into a small blip with the Malina album. That beastliness that commanded their albums like Bilateral had started slackening. With the introduction of string sections they somehow managed to hold on to their audience. It was not the best album from Leprous. Well, Pitfalls also use a clean interplay of cello which is again played by Raphael Weinroth-Browne and the violin played by Chris Baum from Bent Knee, who for a large part salvage this production.

The album unfolds with the song ‘Below’, a trial run for their conventional attempts. Juxtaposed with shaky high-pitched vocals and crashing drums, sans those dominating string sections the song would have ceased to resolve as a good opener. The next track ‘I Lose Hope’ is downright catchy, very dancy. With the fragile structure of the song and the underwhelming lyrics you wonder if Solberg is contemplating following the footsteps of Adam Levine? Fret not, ‘Observe the Train’ is an outstanding track. While Simen Børven binds the controlled volatility, Solberg gravitates to soulful singing with his intoxicating vocal prowess sparing you from displeasure. It’s my top pick from the album. ‘Alleviate’ also accounts as a great track. Here, Baard Kolstad plied his drumming talents placing his grooves effortlessly and inevitably Solberg rendered a stirring atmosphere with his haunting vocals.

A low dip in the graph is ‘By My Throne’, but a treat for your ear awaits when the lost Leprous is encountered in tracks like ‘At the Bottom’, ‘Foreigner’ and ‘the Sky is Red’. All’s well that ends well, the insipidness of the first half of the album is somehow balanced with the proggier second half. ‘The Sky is Red’ can receive all the plaudits for being a great closing track for the album. A cohesive and experimental song flaunting sleek guitar work by Tor Oddmund Suhrke and Robin Ognedal. With a brief banger moment followed by the spectral feels of the classical choir from Belgrade a dramatic climax is created. While Solberg along with David Castillo produced the album, the mixing duty in its entirety was taken up by Adam Noble.

Does the music have any reference to Buddha on the album cover? No, it doesn’t. It was an artwork picked by the band from an Indonesian painter Elicia Edijanto to manifest the essence of darkness and mysticism.

I wonder, is the climate change impacting progressive metal artists too? With this abandonment of identity Pitfalls will send sonic shockwaves to the long time Leprous listeners. Soon after the album release Leprous fans can look forward to hearing Pitfalls live in their European tour alongside acts like The Ocean and Port Noir. The Congregation might have been it, but keeping the comparisons aside grabbing the Pitfalls and listening to a new and honest Leprous will not hurt.