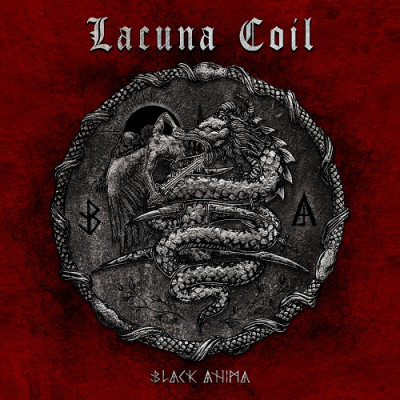 Twenty years on from Lacuna Coil‘s debut album In a Reverie, the Italian gothic metal act have continued to be a force to be reckoned within the scene even after the popularity of their subgenre faded away towards the end of the 00’s. They have managed to stay at the head of alternative metal by continuing to evolve their sound and trying new things with each album, culminating with their extraordinary 2016 release Delirium. Nevertheless they remain a divisive act, and their ninth release Black Anima is almost certain to prove no exception, especially with such a tough record to follow. The album has been relentlessly teased and promoted by the band since May, including an appearance at the London Dungeon, which drew a lot of media attention. Whilst this has been met with some tutting from naysayers, fans of Lacuna Coil’s recent sound have been encouraged that this type of promotion, along with the album’s title signifies a continuation of dark sounds that have encapsulated recent records.

Opting to ease the listener in gently, the album’s opening track ‘Anima Nera’ softly feeds in the haunting themes that will characterise the album (and indeed so much of Lacuna Coil’s aesthetic) before exploding into life with ‘Sword of Anger’, which vocalist Andrea Ferro introduces with a brutal growl before the band launches into a ferocious tirade of sound which includes guitar work from Diego Cavalotti that sounds more like it belongs on a djent record than on something by Lacuna Coil. This evidently signals a continuation of the band’s recent forray into the heavier side of the spectrum, though there is still plenty of space for the clean vocals of both Ferro and Christina Scabbia. ‘Reckless’ continues this theme, though with a slower tempo and catchier chorus, which makes for a highly unusual and intriguing combination.

‘Layers of Time’ follows, and was the first single to be released from the album. It is easy to see why, as it is the album’s best example of the effectiveness of fusing together Scabbia’s soaring vocals along with various symphonic elements interwoven with the brutality provided by the rest of the band. Despite the undoubted energy of the heavier tracks at the start of the record, it is at its most successful when it tempers the forcefulness provided by the rhythm section of Marco Coti-Zelati and Richard Meiz and Ferro’s unclean vocals with Scabbia reverting to her most ethereal and Cavalotti restraining his guitar playing to a simpler and more considered approach. The songs for which this balance is best struck are mostly found towards the middle part of the album with numbers such as ‘Apocalypse’ and ‘Now Or Never’.

As the album’s title suggests Black Anima sees Lacuna Coil explore some very dark and introspective themes, which the music certainly lends itself to greatly. It is by far the heaviest and most experimental record that the band have done throughout their history, and it’s a testament to them that at this stage of their careers they are not content to rest on their laurels and simply repeat what made them successful in the first instance. Though the gothic elements are still very much present, those hoping for a return to the likes of Comalies will be disappointed, whereas those converted by Delirium will certainly enjoy Black Anima as much, if not more so. The album falls down slightly where it prioritises moving in new directions a little too much at the expense of the coherence that categorises their very best work, but overall this is a minor and rare occurrence with songs like ‘Save Me’ more than compensating for these instances. Black Anima holds up as a real achievement for the band, as they continue to defy expectations and reach a point where they are putting out some of the best material of their career. 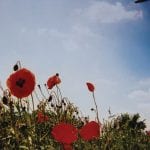 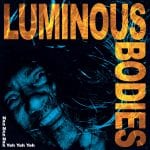 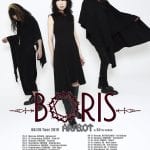