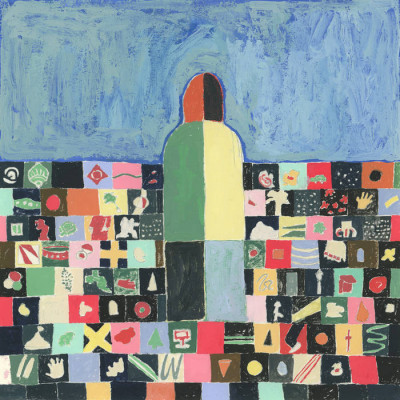 Even for the more ardent followers of the indie scene the name Furrows or Peter Wagner, the man behind the project might not at first mean much. His main band Olden Yolk certainly should, as they have so far come up with two albums of some exquisite folky side of Velvets/Feelies with a lot of psych added music that has slowly started to forge its own sound. This time around Wagner, with the help of Joe Manzoli and Jon Nellen of the ambient/electro band Ginla comes up with Low Waters, a six-song mini-album or EP, whatever you want to call it as far as its length is concerned.

What Wagner, like another with the same namesake Kurt of Lambchop has also done, comes up with some exquisite acoustic/ambient combinations that certainly need the attention of a discerning listener. Wagner and his two cohorts are swiftly able to combine psych-folk, quiet side of Krautrock (certainly Can) and some gentle lo-fi electronica.

Even though the songs here were constructed and recorded between Toronto and Baltimore and on completely borrowed gear, you get a sense of purpose, vision, and cohesion that is often rare in something that is a side project for all involved. Simply, by keeping things brief Wagner was able to avoid the possible trap of including half-baked material with all six tracks bristling with excellence, but with ‘Hours’ and the closing title track showing the trio’s ideas in full. More, please.