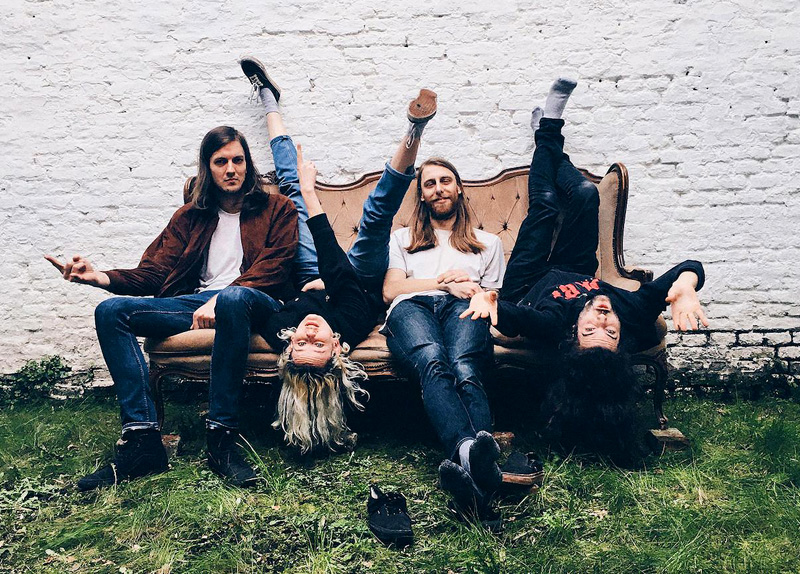 Today we’re rolling back a couple of months to a warm summer’s night at Braziers park and getting right down the front to see Cocaine Piss close out Saturday night on Supernormal‘s Shed stage. IMPATV bring us an up-close and right in yer face set from Liege’s four-piece allowing you, gentle reader, to brave the pit from the comfort of your armchair. Check out the band’s T-shirts and Aurélie’s tattoos, wonder if guitarist Mathias will emerge from his flailing mass of hair long enough for you to see if he still has that unsettling moustache and ponder the gnomic messages inscribed on Farida’s bass. Or just turn it up loud while they rip through a set of hectic squat core punk.

I don’t know exactly how many songs they crash through but it’s a relentless parade of short and twisted screams blurring one into another. The Supernormal programme called them a ‘blast of filthily pungent righteousness’ which seems fair enough. Definitely on the looser, more life-affirming end of hardcore/noise-punk/whatever (as opposed to rigid and humourless). Cocaine Piss are pretty in your face punk rock but with a kind of defiantly good-time energy that explains their wider appeal. A few days after this they played ArcTangent to an equally warm response.