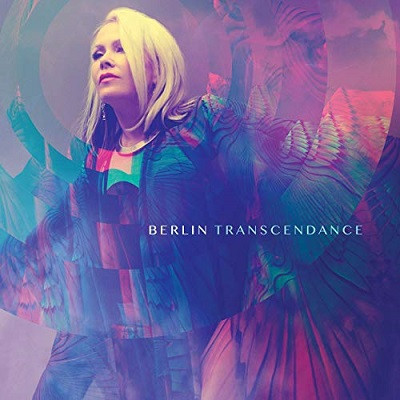 It’s been 41 years since Berlin launched. They were a part of what was known in the late ‘70s/early ‘80s, the New Wave scene for bands such as; Devo, Talking Heads, Television, Tears for Fears, and XTC. When people think of Berlin, they think of that one song, ‘Take my Breath Away’ from the 1986 film classic, Top Gun. Well Berlin are more than just that one song starring Tom Cruise and Val Kilmer.

They’ve released so far seven studio albums and singles such as ‘Sex (Such As…)’, ‘The Metro’, and ‘You Don’t Know’. In 1987, they called it a day after the release of their fourth album, Count Three and Play. Terri went on to embark on a solo career while John Crawford and Rob Brill formed The Big F in 1988. This year, after their previous releases from 2002 to 2013, co-founders David Diamond and John Crawford re-joined Terri Nunn to the fold.

And they’ve released their eight studio album, Transcendance. Released on Cleopatra Records, Berlin’s new release shows the band returning back to their roots and making sure that the future will be more perfect to focus on what is going to come for the group in the 22nd century. Now mind you while I’m not the biggest fan of Berlin, Transcendance brings some of the best moments on here. And it all comes full circle.

‘I Want You’ opens the album up with the sounds of the synthesizers going through the skyline with an amazing party sequence that is happening right now while Nunn sings “What if we could walk away.Just friends.No more plans or demands.Just, I want You.” What she is singing about is leaving the past and present behind, and the move forwards to see what will happen next to dance the night away.

‘Show Me Tonight’ sees Berlin channeling the essence of Depeche Mode, Donna Summer, and Cluster’s Zuckerzeit-era. With Richard Blade’s spoken dialogue on the ads that you see on TV, proves to show the viewer that the audacity of what they’re watching is proven to be a big giant lie right in front of the screen.

According to an interview that Terri Nunn did on July 25th with Lyndsey Parker on Yahoo! Entertainment, the song is about how in America, that the people are being told that they aren’t pretty, young, rich, or smart enough. And for KROQ DJ Richard Blade who was a romantic partner with Terri in the ‘80s, he brings the dark side and humor by portraying this obnoxious announcer for those ads that you see and listen on both from your TV screen and on the Radio. He does it perfectly by lending the band, a helping hand.

Listening to ‘On My Knees’ the band goes into this romantic ballad. It starts off with a mid ‘80s sound by going into the Hyperborea-era of Tangerine Dream as Nunn, Crawford, and Diamond are tipping their hats towards the late great Edgar Froese by keeping his spirit alive. You can imagine yourself by closing your eyes and watching the sun coming up in the west to start a brand new day. ‘Lust’ sees Berlin going back to their genre very well with this trip-hop rhythmic structure on the electronic drum beats and clean guitar lines by kicking the doors down by being free of the selfish and abusive love they were trapped in. And they finally decided enough is enough, and run away finally to get away from the dangers they were in. Standing up to the rough times they had to go through by climbing through those dark tunnels they were stuck in and seeing that light and being free.

But it was very interesting for Berlin to revisit ‘Sex (I’m A…)’. John and Terri return to their Pleasure Victim-era, but going into a hard trance, synth-techno pop sounds by channeling the rhythmic vibes of Underworld’s ‘Born Slippy’. I have to say that after a few listens of Berlin’s new album, I know maybe right then and there I need to revisit their catalog to see what I was missing. It’s a welcoming return for the band to show that they’re back in action. And the stop sign isn’t there for them. They are going to keep on running and booming the night away for another dance to come.