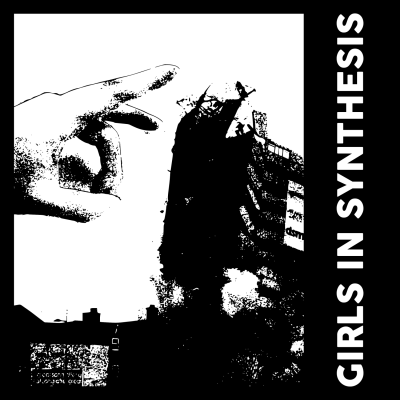 Arterial Movements by Girls In Synthesis

With Pre/Post: A Collection 2016-18 Girls In Synthesis released an extraordinarily insightful, incisive documentation of neoliberal Britain, a compilation of their four previous releases the music has an abrasive, anxious intensity that somehow manages to transpose the lived experience of alienated precarity into musical form.

Where Wassily Kandinsky experimented with ideas of transposing music and spirituality into visual form Pre/Post collects together explorations of the psychological, emotional and material effects of late capitalism on the individual and the social. It’s an album of extreme importance as it makes the hidden experiences of working class Britain visible. The media’s propaganda caricature of working class Britain as disempowered, individualised consumers suffering the ill effects of their own poor choices is shattered by GIS, recorded and live, as they reassert the truth that even in the midst of brutal top down class war the working class still has a solidarity based on the shared experience of oppression, resilience and resistance. GIS remind us that the mocking phrase “We’re all in this together” can be appropriated and detoured as a resource in our collective struggle against a sociopathic government.

Which kind of brings us to the second track on Girls In Synthesis new EP, Arterial Movements. Released on X-Mist/In A Car, the EP is comprised of three tracks ‘Arterial Movements’, ‘Smarting’ and ‘It’s Over, Forget It’ and comes out on 11 October. ‘Smarting’ is a disconcerting flipping of the coin as GIS adopt a first person narration of the attitudes of those who have inflicted such immense suffering on those least able to cope, evidenced by rising poverty, homelessness, inequality and 120,000 excess deaths over eight years. The cold hearted ruthlessness of those constructing misery and deprivation is exposed in ‘Smarting’.

“The only way I can enjoy life is through the toil of others struggles. The only way I can engulf you is to have the upper hand on. I reduce you down to a spec, insignificant, worthless, nothing. Watch you writhe and starve to death makes me feel I’m worth something… My thoughts are not thoughts at all, they’re vapid, streaking hate. When we reach the end there will be nothing left to blame. If you find hope I’ll destroy it over and over again. A vicious loop to keep you contained within your pen…”

To be honest it’s pretty disturbing just typing that up! As GIS commented on this track “One of the other songs on the EP, ‘Smarting’, is a dark and disturbing view on the total mental control and obliteration that some people feel is their right to inflict on other people. Make of that what you will…”

Before ‘Smarting’, the title track ‘Arterial Movements’ literally pulses intensity at you!! It’s like an adrenalised heartbeat of music, coming at you, dropping back, like being able to hear your own blood pulsing through your body, the transposition of life into music. In contrast to ‘Smarting’ this track is an expression of empathy, of care, of solidarity. GIS again, “‘Arterial’ deals with the process of helping someone through their mental struggles, while being wholly aware of your own issues at the same time, the lyrics are more revealing and stark, which is something we were developing on ‘Howling’ and ‘Internal Politics’”.

“Walk along the roads that we create. Travelling the distance that we need. To take away the pain you feel inside. Hard when no progress can be seen…We progress, progress in arterial movements. We define, define in arterial movements… Opening the door to somewhere else. Managing the contents there within. Well, I’m not qualified to suggest it’s a feeling that’s causing this…”

“Victories don’t always look like other people think they should” said an old man in the film Good Vibrations (1). Empathy, solidarity, care are bordering on revolutionary at the moment, GIS encapsulate them all in this song.

Last track up is ‘It’s Over. Forget It’ which careens along at 100mph, a tumultuous maelstrom of a track that somehow reminds me of early Buzzcocks! It clocks in at 1:16 apparently but it’s really 3 mins of great songwriting distilled down and played at breakneck speed. (OK, I’ve just read that back, not sure it makes sense but you know what I mean!). Lyrically it seems to be someone looking back at a toxic relationship but then the last line makes me wonder if it could be about the baleful effects of mass media in a time of scapegoating and nationalism?

“On hindsight, it seemed fine. But then I was blind. To the paranoia. That you placed in my mind… Let the dog off the lead and it’s sure to fucking bite..”

Arterial Movements is another chapter in the unfolding story of an important band, it doesn’t just reproduce what’s gone before but subtlety moves things along, as the band commented. “‘Arterial Movements’ is down the more traditional route of GIS material, but maybe has a slightly more melodic edge to the vocals, I think that the newer material is slightly more complex than some of the previous releases. We’re currently finishing off new material for a long player, and there will be some nice surprises for people on it”.

And has the sense of what GIS is, who GIS is, the band’s identity, changed and metamorphosized over time? If so, is that a shifting around a stable core or is the band continually reconfiguring and reconstructing itself as a process of discovery and exploration?

“It’s hard to say, really, as when you’re in it the changes come from us as people, a band, a creative entity… it’s not really something you tend to notice or discuss very much. I feel we’re becoming more and more confident experimenting with our sound now, whilst retaining the edge and directness that is our calling card. I think we are trying to push ourselves further, not only musically, but also as a unit. Attempting to become of one mind, which in itself can be a very intense and confusing process. As things are starting to get busier and other avenues are opening up for us, it’s very important for us to keep our focus and retain who we are as well as developing, to keep ourselves, and the audience, on our toes.”

Arterial Movements is out on 11 October and the band are touring this November /December.
Buy this and see them as soon as you can!