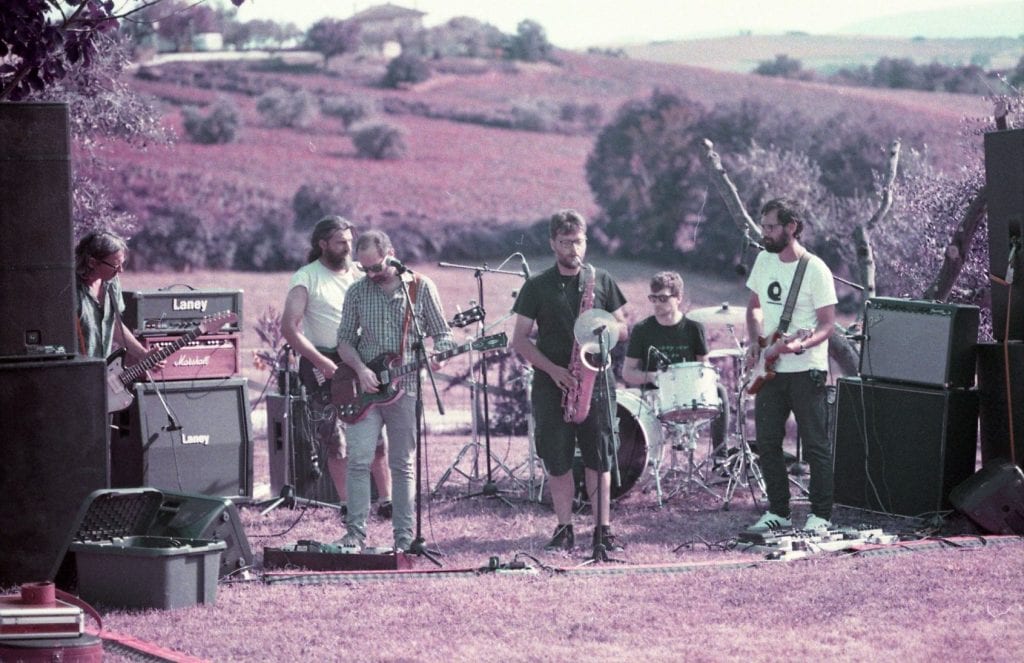 Today Italy’s Inutili release their sixth album titled New Sex Society via Aagoo Records. The band has been together for over seven years now and with this new release they’ve welcomed saxophone player Luca Di Giammarco. The album will be available in CD format which includes seven tracks and in LP format which includes only the first three tracks off the album.

In addition to today’s album release, we are premiering the video for the third track off of the album, ‘Space Time Bubble’. It’s a psychedelic trip with serious undertones.

The band explains that “The music video was born from an idea by Danilo of the band. The concept of a temporal space bubble is a set of images that crowd the mind, this was the first inspiration, and for this reason, there are many images that move quickly. …While working on the video, there was the will to communicate something important in a period in which (in Italy in particular), we are absurdly living with discrimination, a period in which politics like society is suffering a racist drift. We thought it would be important to do something in your own small way. This is also why we have tried to show how natural relationships are, regardless of gender. It is incredible to think of how it is difficult to see two men or two women kissing or exchange affection. Obviously, because the surrounding is still incredibly hostile.”

Check out the video below and order the album here: http://aagoo.com/new-sex-society