(((O))) : Under the Influence with Black Ribbon 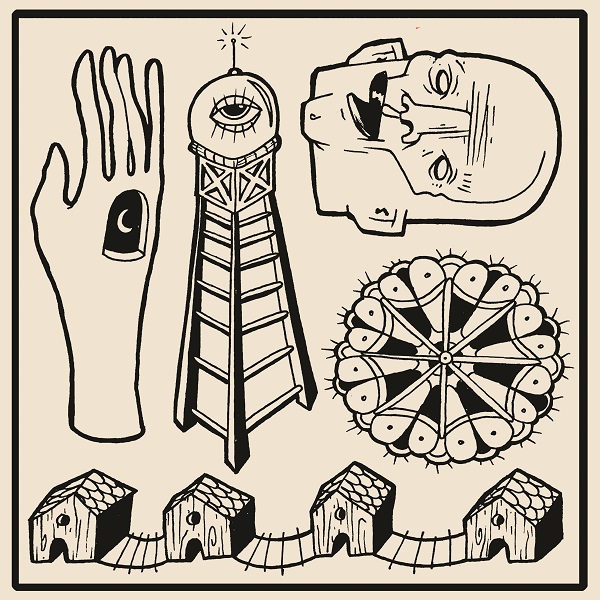 On August 30th label Retratando Voces released a split twelve inch by Leeds-based solo artist Black Ribbon and Nottingham-based duo Don’t Try. The split is titled Melancholy Chapters / Interception. Its cover artwork was created by Hayden Menzies of METZ and it was mixed and mastered by Wayne Adams of Bear Bites Horse Studios.

The track ‘Interception’ is Black Ribbon’s contribution to the split. It’s an industrial inspired track with hits of noise/electronica and just a hint of pop to hypnotize the listener into getting up and dancing like no one is watching. It’s heavy listenening without it being weighty, if you know what I mean.

‘Melancholy Chapter’ was written by Don’t Try. The drums on this track are heavy and have an 80s influence to their execution and the guitar work is atmospheric and drone like. As with Black Ribbon’s ‘Interception’, ‘Melancholy Chapter’ is also heavy listening without it being weighty. A testament to their writing and musicianship, Black Ribbon included.

In this Under the Influence piece, Black Ribbon tells us what three albums have provided background influences for where he’s at right now. These are his picks.

The split is available here: https://retratandovoces.bandcamp.com/album/melancholy-chapters-interception

Captain Beefheart and His Magic Band – Doc At The Radar Station 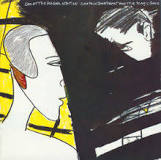 All elements are placed perpendicular to one another. Phrases and motifs that may seem wild and wayward at first become consolidated through repetition; a mosaic of conflict until the discord becomes somehow harmonious. Imagine you take a pen and draw a formless scribble on the page. Then imagine you begin to thicken certain lines, add shade and replicate certain portions of that scribble. Suddenly the manic thoughtlessness is somehow purposeful and refined, the chaos subsides and the composition revealed. Maybe this isn’t as unprecedented as something like Trout Mask Replica, but the newfound moments of orthodoxy only throw the acute angles and sharp edges into light relief. There’s a frantic kineticism that can only be achieved when all the parts are tearing away from each other slightly. Its kind of a jazz thing I guess, but jazz always seems to me to be music directed at the head, whereas this is totally body music, visceral and brutal and flailing; a seething ever-shifting collage. Anything I put on after this sounds flaccid and neutered in comparison. 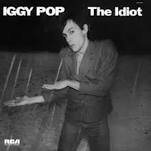 Narcotic funk in midnight black. This record kind of sounds like shit, it’s somehow too thin and too bass-heavy and the mix is like mush, but somehow that only consolidates the illicit late-night miasma. A sleeze-ball wading through an oil slick. The whole thing sounds like it was recorded with the windows blacked out under a red bulb, powdered mirrors on laps. It struts and swaggers through some perma-night netherworld. Kicks out the same kind of nihilistic abandon as the Stooges’ Fun House, except this time in a snakeskin suit and at a beguiling saunter instead of a manic gallop. Of course, it was recorded in Berlin, but to me it sounds like being drunk on cough syrup, staggering through some imagined film noir Los Angeles. 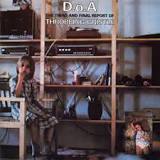 So you stare at the cover which seems innocent enough, a simple image of a seated pre-pubescent girl, seems almost satirical at first considering the music within. Then you notice the inset photo on the lower right hand side and suddenly you’re questioning whether this is something you even want to be looking at, never mind listening to. Highlighted the importance of the way artwork’s relationship to contents for me. The music is rife with the same covert malevolence. Sure, at first glance the opening track is just the sound of computer code whirring on tape. But contextually it exudes some implacable menace. Has the whole early home-made electronics goin’ on, sounds like a soundtrack for brutalist Ballard-erian high rises. Council estate music concrete, tape loops unspooling in government facilities. It’s dark sure, but without the cartoonish theatrics. This isn’t black nail polish music, it’s realist and hard-faced and pretty fuckin’ terrifying.