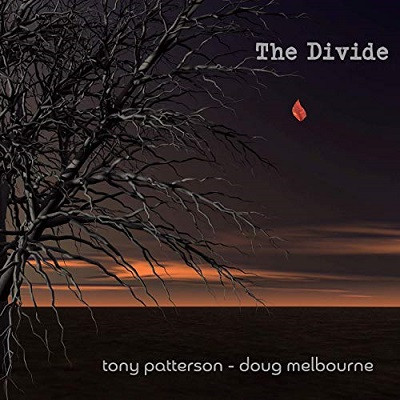 This is something that has just caught me completely off-guard. This made me discover the sounds and music of keyboardist Doug Melbourne and multi-instrumentalist and singer, Tony Patterson. The two of them first met back in the late ‘90s when they were in a Genesis tribute band called, ReGenesis which covered Genesis’ golden years as a progressive rock band during the Peter Gabriel years from 1970 to 1974.

Tony and Doug have worked together before on two of Patterson’s two solo albums released on the Esoteric Antenna label. 2014’s Northlands and 2016’s Equations of Meaning. This year on the Esoteric label, they’ve released a new album entitled, The Divide. This is the first time they collaborated as co-writers on ten compositions that go beyond the progressive genre.

The Divide tackles the subject matters of Fake News, Living in the era of Donald Trump, conspiracy theories, and the self-indulgence of reality TV and YouTube sensations. Melbourne and Patterson have hit those subject matters spot on. Now it may upset some people from the left and right, but what the duo has done is take you behind those closed doors that the public doesn’t want you to see. And they open up this big gigantic wound by telling the listener “Look in here. This is what’s happening, this is what we’re going through. And we’re going to take you inside this rotting wound that will never go away. And it isn’t going to be pretty.”

Listening to ‘When the Evening Comes’ Tony goes into this Bossa-Nova groove with some romantic lyrical textures as the music honors Talk Talk’s The Colour of Spring-era as Patterson tips his hat to the late great Mark Hollis. Doug goes into some wonderful midsections of channeling Thelonious Monk while Fred Harlington’s delve into some smooth-like sax grooves. ‘Fake News’ is a soaring wonder of the character watching from what he sees and hears on The Young Turks, CNN, HLN, MSNBC, and Fox News. Patterson describes the characterizations of the person’s point of view and believing from what he’s reading is 100% real.

But then, it turns out to be a big gigantic lie for the big corporations for the character to be fooled by the companies as he tries to move away from watching Cable News and on YouTube channels. ‘Making it Great Again’ has this new wave approach of the ‘80s synths for living in the era of Donald Trump. Since 2016, it has become this big gigantic bumpy ride as the song channels the styles of David Essex’s ‘Rock On’. And then it opens up the door from what is really happening and where do we go from here.

The song ‘Man on TV’ tackles about the pretentious horse-shit of Reality TV shows, YouTube sensations, and conspiracy theories. It just hits you in the gut like a giant battering ram at the right exact moment. With the trippy electronics and the lush-like symphonic sounds of the mellotron, Tony brings out the full envelope to show the listener that some of the people that you watch both on Reality TV and some of the YouTube sensations, act like a bunch of damn fools.

The opening track, ‘Antarctica’ channels Steven Wilson’s The Raven That Refused to Sing-era. It tells the story of Earth’s southernmost continent of the South Pole. It takes you through the cold landscapes that is almost below -49 degrees and it’s beyond cold by walking through the various locations in the snowy atmosphere. The Divide may not be everyone’s cup of coffee, but for Tony Patterson & Doug Melbourne, I can imagine that this was a challenge for them to tackle some of the subject issues they do.

And they hit it very hard. They may or may not get some heat over this, but The Divide is an album that you will either admire or loathe. It might take a few listens, but for Tony and Doug, they have done something special with this release for 2019.