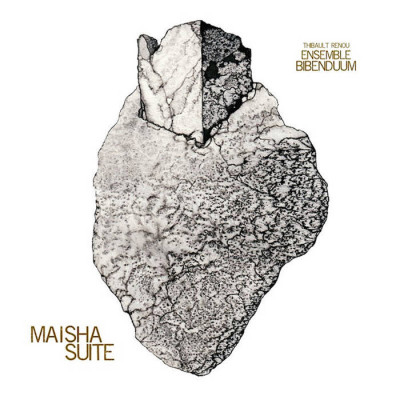 Streaming age, with all its positives, certainly brought one negative – the age of music glut. No matter how intriguing some music might seem by its description, you slate it for listening, and then it simply gets lost somewhere – on your computer, listening list or somewhere in the air. Unless you suddenly remember, and bam, you get to hear a piece of music you should have given priority the time it really needed to be heard.

And here is one from my ‘waiting list’ that should have really be played back in July – Thibault Renou & Ensemble Bibenduum and his/their Maisha Suite. But then, who listens to a cross between jazz and modern classical music in the summer?

The answer to the last question is relatively simple – those who enjoy summer nights when things cool down a bit as the darkness descends and there’s something cool beside you, even if it is only a cool drink. That is exactly what French musician, composer, producer, and bass player Thibault Renou and Ensemble Bibenduum have done. Taking a cue from Duke Ellington’s ultra high-class suites, his Maisha Suite (Maisha means life in Swahili), really pulsates and swirls between various musical influences, jazz, modern classical, with touches of world music, sounding like Paris nights he is familiar with in mid-summer.

Usually, with such border-crossing music, you get the ‘oil and water’ feel, you keep recognizing the elements of a certain music genre with them not really gelling together. Renou and the Ensemble seem to have easily transcended that problem with the eight compositions comprising their Maisha Suite, combining various musical elements as if they were always meant to belong together, something that Duke Ellington, the composer partly inspiring this suite was always able to do.

One way to see/hear this is that at no point throughout are you able to define the number of musicians playing, there could be five or fifteen of them, and you simply don’t care, because it sounds exactly the way it should. Lucky I didn’t miss this one.