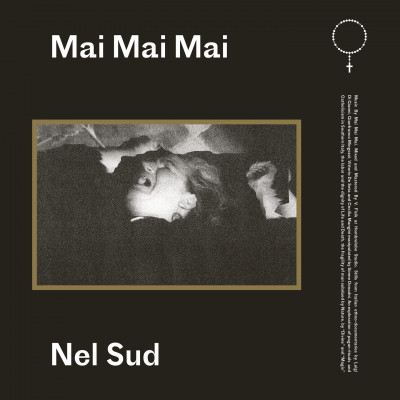 In Joanna Hogg’s recent semi-autobiographical film – The Souvenir – a young aspiring filmmaker details their ambition to tell the story of struggling dock workers in Sunderland. She is gently ushered away from this subject matter and advised that perhaps she should look to film something that she has more experience of. We then see her grow in confidence and prowess as she focuses her attentions on something a little closer to home. For Mai Mai Mai this question of authenticity (and hence, sincerity) does not apply. Having spent his formative years travelling around Europe and the Near East, Toni Cutone (the noise instigator behind the Mai Mai Mai moniker) has amassed a deep knowledge and understanding of those whose plight he is keen to highlight through his art.

Three letters further along the alphabet from the ‘M’ of Mai Mai Mai (Italian for “Never Ever Ever”), lies ‘P’. ‘P’ for Power. ‘P’ for Politics. And ‘P’ for Pasolini. Pier Paolo Pasolini, no less. Aside from their Italian roots and proclivities towards alliterative nomenclature, Pasolini and Cutone also share a vested interest in communicating the esoteric toils of the working class. Whilst Italian Neorealist filmmakers such as De Sica, Rossellini, and Visconti tended towards reflecting society simply as they saw it, Pasolini stretched this further, incorporating myth, allegory, and a flash of the poetic in his depictions of the disenfranchised sectors of society. This culminated in his finest work – Salò, or the 120 Days of Sodom – a mesmerising and violently upsetting look at corruption, exploitation, and fascism. With Nel Sud, Cutone has also turned his eye upon potentially abusive columns of power. In an accompanying A/V performance we are shown images of southern Italians suppressed by religion, soul-crushing labour, nature, acts of dignity, and a search for divinity lifted from works by the likes of Di Gianni, Mingozzi, De Seta, and Mangini.

And his music reinforces this. It is maximalist devastation. Industrial revenge. Club music for doomsday cults. Snapping bursts of distortion escape like pressurised air dispersed in controlled blasts. Imagine the cold-eyed killer from No Country For Old Men on percussion and you’re part of the way there. This is the call & response of industry. A dry pulsing dirge pushing back against fried metallic clacks. There are vibrations deep enough to bother tectonic plates and, constantly underpinning this, are chants and haunting refrains sampled from the aforementioned films.

The track ‘Tarantula’ peels back to reveal the dismantling of a folkloric jig. Merriment & ritual clash with sinister intentions. There is a heavy, churning menace that recalls a modern interpretation of The Wicker Man (albeit one without Nicolas Cage yelping about bees). Add in a kick drum that feels like it’s being delivered by busted knuckles and this can flatten land, borders, and ideas.

Then with ‘Pisci Spata’ we are treated to deranged and scrambling outbursts that exist somewhere between rhetoric and anguish. Perhaps those two states are not mutually exclusive? There are sounds like (dis)organisms revolting. Confusion and mania take over. “What’s happened? What’s happening?”. A skittering of triplets form from popped air. It’s the puttering of a disintegrating space cruiser drifting its last in a lonely vacuum.

Throughout Nel Sud, along with the haunting drones and docu-snippets, there lies an unrelenting grasp of rhythm. This isn’t the repetitive banging of a techno producer flirting with noise, leaning upon a persistent beat for guidance. Instead Mai Mai Mai adapts, evolves, and grows polyrhythms into textures that swarm the senses. Propulsive, pounding soundscapes that are always looking forward and ruthlessly shift from cohesive snaps into a threatening booms crowd the sonic space. Thumps emerge as if from nowhere to deliver a constant, a safety net, an unearned sense of calm that then becomes quite harrowing and soaked in anxiety when it switches up to double time. It marauds, plunders, tramples civilisation, and drowns out screams. It advances with neither care nor prejudice. Just sweeping through aeons, pulverising religions, reversing evolution, and reuniting land masses. It even saturates itself, reducing everything down into the static flatline of primordial ooze. Divisions become negligible, nothing more than a smear across sound and time. And it is within this eroded space that the throb of resistance rises.