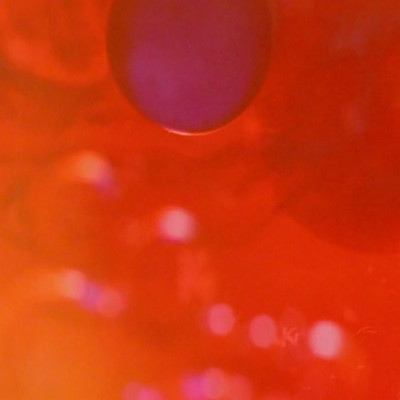 On his latest outing Kemper Norton travels further along his own unique path, continuing his arcane researches. A gatherer of folklore, sonic alchemist and conjurer of deep, hazy visions. He makes for a laconic guide, unearthing narrative fragments and allowing space for our contemplation. brunton calciner once again concerns the landscape and past lives of Cornwall. A hundred years or so ago and back into the Victorian era the lion’s share of the world’s arsenic was produced in Devon and Cornwall. Aside from being a poison it was used to fix paints and dyes. One method of refining arsenic from mining waste was the Brunton calciner and the remains of these devices and the buildings that housed them can still be seen in the landscape.

At the centre of things stands the least typical but perhaps most illuminating track. ‘Sweet Nightingale’ is a traditional folk song “arranged for mine works and diamond-cutter”. Norton sings it plain and soft, only a step or two beyond a spoken recital. The sampled industrial drones rise up behind it and carry it. The result is strikingly lovely, the combination of voice and machine noise slipping back and forth between odd and natural. Here the two threads of the record are most starkly contrasted. The rest of the time they are entwined and processed, transformed into something new. Modern electronic approaches are applied to folk themes with a curiously effective lightness of touch. Particular textures and obscured meaning creating a sense of suspended time. Ironically, it seems a peculiarly 21st Century approach.

The themes are important, it’s not just ambient drone with sleeve notes about sources, although the notes are helpful. There is enough to begin the reaction, never too much. Winding through the record are two three piece developments from fragmented sources. ‘incence’ is the first of three based on a reading from William Blake’s Songs and Innocence and Experience. Straightforwardly enough their titles all mangle the words innocence and experience. ‘incence’ begins with a loop of sampled voice, overtaken by deep distant rave squiggles echoing towards us it transforms into what sounds like phasing loops of an amusement arcade and a broken radio. For ‘halan 1′ the source is an anonymous harp recording of ‘The Helston Furry Dance’. The structure is similar, beginning with a pretty harp loop it dissolves into a foreboding drone. The next track ‘LDN RD’ ramps up the ghostly disquiet to fine effect.

After ‘Sweet nightingale’ the second instalments bring some soothing ambient calm. ‘exprence’ is a warm sound bath and ‘halan 2’ makes it deeper and slower. They’re only lulling us into a false sense of comfort, this is not really an album suited to relaxing mental drift. The ten minute plus ‘incexprence’ takes a more unnerving turn, teeming with menace that grows and swarms through the track. Around the seven minute mark it seems to ‘shake’ in an unnatural fashion. Thankfully the closing ‘halan 3’ is a deep drone, the harp slowed down to the pace of the seasons, it brings an uneasy peace.

Kemper Norton has in the past called what he does slurtronic, a great but self-effacing term which undersells how evocative his meditations can be. Cutting through the pages of history, tinkering with switches and wires in his living room. By subtly combining contrasting musical elements and arranging disparate fragments he cooks up a potent home brew that can knock you off your axis. There is an uncanny sense of moving through veils of time, a telescoping of the decades into one another, this is the ‘slur’. It’s a transformative process that he has been steadily refining, resulting in singular works. Drink full and descend.