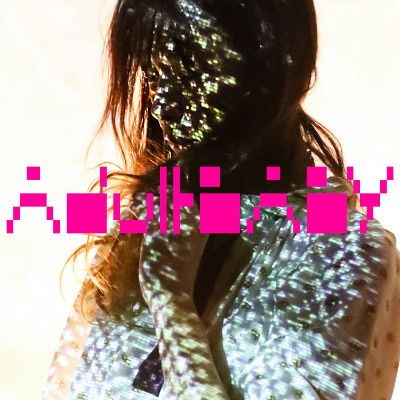 Kazu Makino has been making extraordinary music for over 25 years as one third of underground legends Blonde Redhead. She has always mused about her shyness and her isolationist introversion, with her music acting as a channel into confidence and expression. It’s a surprise then, that her debut solo recording Adult Baby was born into the world at all without the security of her bandmates; or maybe it was inevitable at some point that she would explore inward.  Shedding the guitar trappings that have characterised Blonde Redhead, Kazu’s debut album is an immaculately constructed puzzle box; and whilst you train your ear to hear the mechanism, you can easily miss the world change around you with every twinkling sound.

With the guitars gone, Kazu instead focuses on classical orchestra, lounge piano, and trance electronics to create something other. The minimalist restraint to sound is the perfect catalyst for every layered note to appear as if an island in a vast empty ocean. The melodies are so subtle, and so simple that you find yourself trying to hear every isolated sound and deliberate pin drop, until you discover you are in freefall through the depths of the sonic weight that Kazu creates. ‘Come Behind Me, So Good!’ begins so strangely, where Kazu’s overdubbed vocals pop in and out of discord and melody – before a blink and you can miss it transition into a swirling majestic orchestration that sounds like a song that has always been; a classic melody passed through generations in a pastoral village somewhere or nowhere. If Blonde Redhead is the sound of the city streets by nightlight, then Kazu is the firefly-lit countryside. It has the same otherworldly quality, the same peculiarities, and the same transporting affect as an album like Bjork’s Utopia.

Kazu’s vocals deftly phase in and out of English and Japanese, often with vocal effects added on to distort and echo her words. It’s easy to lose track of what language is being spoken, with words acting more like waves of melody. Her vocals are crepuscular, and there’s a marriage in meaning where it’s easy to mistake deeply personal vignettes within her songs as she mirrors them on your own experiences through ambiguous poetry.   Kazu’s debut guests many friends she has made along the way, not least Ryuichi Sakamoto on synths, but it’s characterised most potently by the protective obscurity that has characterised Kazu’s career. Isolated without the usual bombast and fuzz, her vocal melodies act as the torch bearer through the miasmic entwinement between silence and electronics on tracks like ‘Meo’ – where silence becomes a pedestal.

It’s the sounds of daydreams and fantasy, memories and painful recollections. The whole thing is an ethereal ember through the night sky, a bird flying in the depths of an ocean. Its a spectral delight that can feel like it could disappear at any given moment, left only in the memories of those that heard it. Hopefully this does not prove to just be a one-off for Kazu, as it provides a fascinating insight into an enigmatic persona.