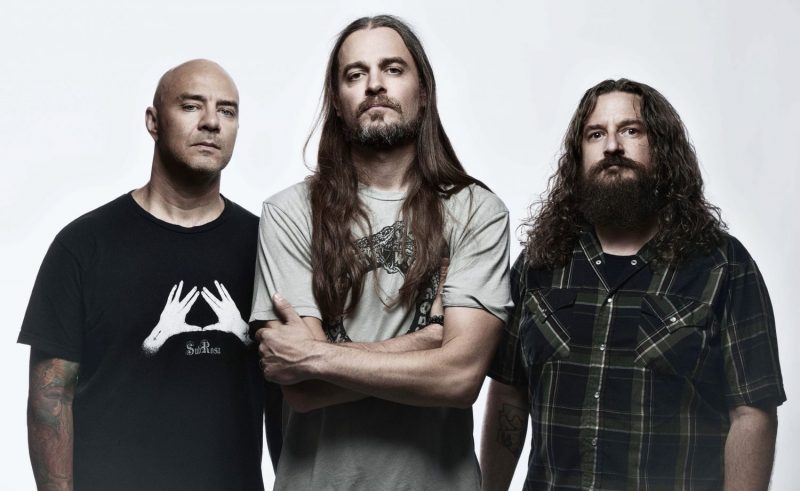 A process of evolution is necessary to conjure up the cosmic forces required to elicit a new Sorxe record. Each track is honed, formed, stripped down then built back up, shapeshifting all the while; once the magic formula is hit upon the ingredients – home baked in the hot Arizona sun – are committed to tape. Their latest offering, titled The Ark Burner is ready to serve up this October via Prosthetic Records.

By staying true to their roots as an improvisational band, Sorxe take the time to know a song inside out, to be sure the composite parts fit together in the right way and are ultimately album-worthy. This care and attention means that their unique blend of experimental psychedelic sludge metal always hits the spot. Utilising two bass players in their line up adds another abstract layer to their sound which is already peppered with unorthodox drum patterns and loaded with crushing intensity. Fuelled by negative thought patterns, pervasive doubt and sleepless nights, the lyrical content of The Ark Burner leans towards the bleaker side of life – on this plain and others.

The six track album was crafted over four years before the band self-recorded the fruits of their labour. Matt Bayles (Russian Circles, Botch) handled the mix, whilst Brad Boatright at Audiosiege mastered the final album. The resulting album is a combination of heavy, thought provoking metal, woven through with intergalactic cosmic beauty.

The Ark Burner will be released on October 11, 2019 and is available for pre-order through here. Listen to the second track on the album ‘Exiled’ below. The band comments: “Honestly it has been a while and I cant even recall exactly how this track came about? It’s almost like it was just implanted into our psyche by an instant Matrix-esq upload. That being said, it’s a tune that starts off slow and haunting where we are trying some new things out. This is the sound of Sorxe evolving as a band, experimenting and getting comfortable in our collective skins. Not much more thought was put into this one other than to just let things flow in a natural way.  A nice example of a song that pretty much writes itself with a few minor alterations for added flavor. Bon Apetit.”