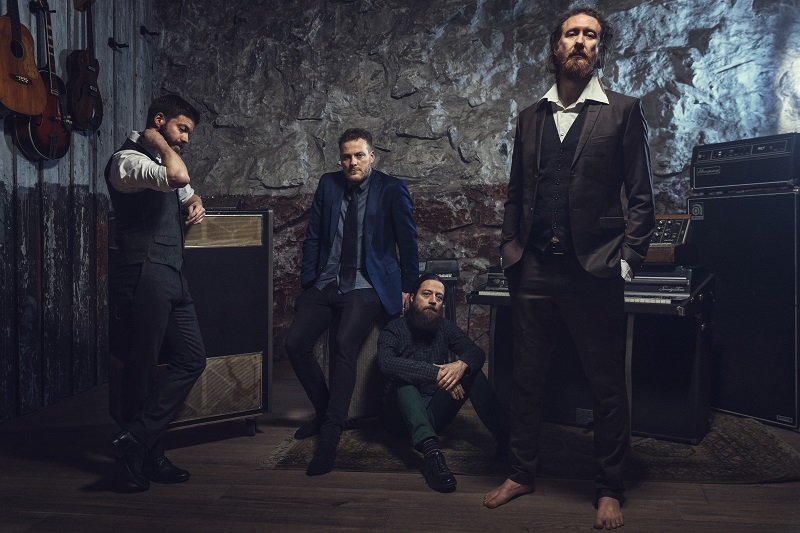 Afenginn is the project of Danish composer and musician, Kim Rafael Nyberg. On October 11th Afenginn will release a new album titled Klingra. It’s made up of 8 beautifully composed pieces. The album is cinematic and orchestral in its execution. In the bio for this release, it is stated that “Both the music and poetry (in Faroese) are composed by using interlocked cyclical patterns.”

Today we have the pleasure of premiering the track ‘Skapanin’. As Afenginn explains, “‘Skapanin’ (The Creation) is a post-classical piece with roots in the Faroe Islands. With a sound palette of two pianos (played by Faroese Teitur and Dánjal), a string quartet (The Danish String Quartet), pedal steel guitar, synth bass and two drummers the track starts in an ambient atmosphere with small sparkling particles of dust and hope floating in the air. These are mixed with a distant Morricone-like whistling from Teitur, which gradually brings out a simple melody in the piano. The musical layers are solidified by the determined drumming and through a grounding maelstrom builds up to a climactic release.”

Listen to the track here: