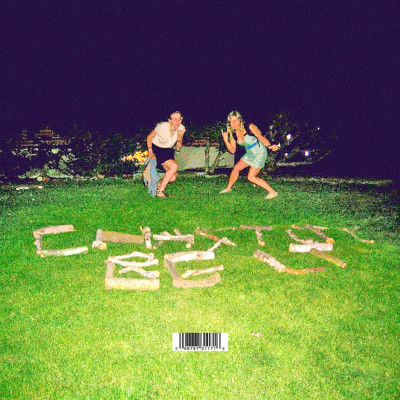 Chastity Belt has taken their music down a new electric avenue on their latest self-titled album. The album is self-titled because they believe after four albums this is the truest musical reflection of themselves. “I feel like this record is a really good representation of who we all are, and I feel like we’re at a point where we’ve really come into our own” says (Lead Vocals and Guitarist Julia Shapiro). “We’re more us than ever.” Their past albums have been full of youthful exuberance, high energy and a combination of serious and less-serious tracks.

The new album in many ways seems like quite a divergence from the jangling, catchy Time to Go Home (which was a personal favourite). Many of Time’s songs I found instantly infectious. This album is certainly much more of slow, multi-listen, burn-in. It may even surprise some fans with its overall chill, airy, often ethereal vibe. Once you dig into this release however, there is plenty to savour.

What struck me first about this album was Julia’s voice. It floats understated, softly with warmth within the mix and is so effective for creating the carefree emotion the album evokes. She seems to elongate vowels more than on previous releases and has found a patient, velvety diction which fits perfectly with the material. Vocally, she sounds more relaxed, confident and comfortable than ever before, almost freed somehow. To complement the lovely vocals are plenty of great melodies and extra, uncharacteristic instrumentation on this release.  Violin, cello, trumpet and keyboards on a Chastity Belt record? Yes, and it works delightfully, creating and enhancing the whispy atmospherics of several tracks.

The album opens with the fuzzy goodness of ‘Anns Jam’ then ‘Elena’ is highlighted by some stunning multi-layered vocals. The band uses this vocal technique with great effect on the album. The lyrics, typical of Belt, remain self-reflective and contemplative:

While I did enjoy the opening few tracks, it was the later tracks that solidified my opinion of this album.  The guitar is often subdued and seemingly restrained on many of the songs but it does get pretty agitated on the pensive and moody ‘Half-hearted’. ‘Split’ is another interesting deep cut with some cool guitar inflections and a substantive bass presence; especially during that groovy outro. Lastly, ‘Drown’ showcases one example of the maturity of Belt’s arrangements and emphasizes how much thought, time and creativity must have gone into the conception of this album.

In the shark-infested world of music, a lot of risks don’t pay off. A lot of bands will stick with a winning formula (read: profitable) their entire career. I certainly respect Chastity Belt for this curious divergence in their sound. The band has remained true to themselves and created the foundation of a new inspired and gratifying sonic cornerstone for their future sound. It has a sincere, warm vibe that illustrates their love of music and their love of making this music together. Chastity Belt continues to impress, once again I look forward to more from the West coast quartet.