(((O))) : Under the Influence with Mercvrial

Hailing from Mexico, California, Wisconsin and Virginia, Mercvrial is an eclectic group that mines the sonic landscapes between shoegaze, dream-pop, early-’80s and quasi-psychedelic tendencies, aiming to modestly imprint on the sounds from Creation, Flying Nun, Imaginary and other labels of the like that they embraced during their formative years.

On August 9th the band released their new EP titled, The Stars, Like Dust and it takes its name from the Isaac Asimov book of the same moniker. It explores the size and significance of human beings on a big rock hurling through space and the ensuing feelings of existential bewilderment. Interestingly, due to their geographical separation David (vocals, guitar), Ricardo (guitars, vocals), Cuervo (bass), Rose (keyboards, marimba), and Dr. Ronald (drums, echo, reverb) were never in the same place at the same time. To get around this, a lot of the EP was recorded remotely and shared their files over online cloud services. David then produced the majority of the recording in his home studio.

The album can be streamed here: https://soundcloud.com/user-883449925/the-stars-like-dust

We thought it was about time we found out more about what makes the band tick, so we asked them to pick three albums that have influenced their music. Below are their picks.

The following video by the band is for their cover of The Chills’ track ‘Pink Frost’. When selecting their picks for this Under the Influence piece the band explained the following, “Ironically, however, none of these three albums really influenced our cover of ‘Pink Frost’. ‘Pink Frost’ is the song on the EP that is most unlike the others as it’s vaguely… electronica (of all things). To us, it sounds like a collaboration between Depeche Mode and Sad Lovers & Giants, which was pretty much an accident. We wanted to cover the song but didn’t want to do a straight rendition of it. And as our reinterpretation wandered into electronica territory… we didn’t try to stop it.” 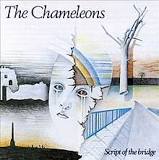 The Chameleons were the archetypal post-punk UK band – dark and atmospheric with a sharp edge. Script of the
Bridge has no clear antecedent. The guitars on this album are sublime. At the time of its release, no other group had
two guitarists that worked together in the way Dave Fielding and Reg Smithies did. Reg mostly played the power
chords and lower-register notes almost like a bass. Dave added the atmosphere on top using wide-spaced echoes
and warbled modulation from a Roland Space Echo, one of the classic tape delays. The result is a layered guitar
sound that’s really never been equaled. That guitar sound has had a big influence on us. 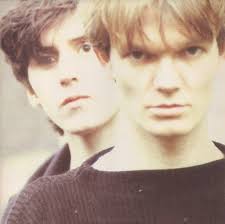 This record was quite unique when it was released. We were immediately taken with Guy Chadwick’s world-weary,
vaguely Lou Reed-inspired vocals. And Terry Bickers’ guitar work was fantastic; at times jangly, at times ambient, and
at other times frenetic. Arguably, ‘Christine,’ the album’s first single, was the first true shoegaze hit. The video for
‘Christine’ was a precursor to many videos of similar style. ‘Love in a Car’ is pure genius; a neo-psychedelic classic.
As if Steve Lillywhite produced a collaboration between The Velvet Underground and Barrett-era Pink Floyd.
Chadwick’s voice, Bickers’ guitar, and the fugue of melancholy that permeates throughout this record all had a clear
influence on us. 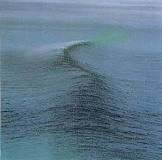 The brilliance of Nowhere is the juxtaposition of the rich, heavy guitars with the airy, melodic vocals. My Bloody
Valentine (and others) also used this approach but Ride managed to produce more structured songs with more of a
pop/rock feel. This had a big influence on us.