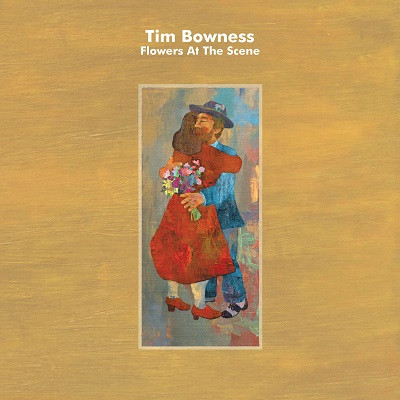 Flowers at the Scene by Tim Bowness

Tim Bowness is a very busy man when it comes to both music and performing. From No-Man, Plenty, and appearing on albums from bands such as Nosound, White Willow, and The Opium Cartel to name a few, Tim has been around since the 1980s. And he’s also one of the co-founders of the online shop and label, Burning Shed which specialises in art rock, progressive, electronica/ambient, and singer-songwriter music since 2001.

He has released four studio albums from 2004 to 2017. This year, he’s released his fifth studio album which is a follow up to Lost in the Ghost Light entitled, Flowers at the Scene. Released on the InsideOut label, Bowness’ new album captures more than just the pop sound, but a well-developed release that he has brought to the table by going beyond than just a progressive genre.

And with help from Steven Wilson who has mixed the album, but artists including Peter Hammill, 10cc’s Kevin Godley, Porcupine Tree’s Colin Edwin, and XTC’s Andy Partridge to name a few, they aren’t just musicians, but they lend a helping hand to Tim as he gives them some ideas on where he wants to take the listener by traveling further upon those new roads that await them.

In an interview with Anil Prasad on July 21st of this year from the website Music Without Borders: Innerviews, he asked Tim about the intentions and experiences that inform the songs on the album. And his response was this “For me, Flowers at the Scene consists of 11 very separate songs with 11 very separate lyrics. I see them as cinematic short stories or snapshots of intensely emotional moments in time.”

He’s absolutely right. They are these cinematic short stories throughout the six highlights that are on the album. When I was listening to Flowers at the Scene, I always imagine those compositions like a movie inside your head as Bowness brings the film projector to start another 35mm of a classic that you have never seen before from start to finish.

‘I Go Deeper’ begins with this pulsive introduction that becomes this haunting melody thanks to Brian Hulse’s riff and Tom Athertan’s drum work before diving down into the deepest end of the ocean with Colin Edwin’s use of the E-Bow to create these mysterious voyages for the characterisations on this person’s adventure to embark on this spiritual journey to find out on not just who they are, but to find themselves.

The keyboards on ‘Rainmark’ sets up this ascending rhythm to reach up towards the heavens as the music channels the softer side of David Bowie’s Heroes-era and Simple Minds with some wonderful trumpet work by Ian Dixon and some incredible guitar work by Jim Matheos of Fates Warning. Bowness gives him some free-rein on the title-track.

Here, he moves away from the pop-like sounds into a jazz standard by putting his toes into the water to move into this incredible orientation with some warmful spring-like sections as Matheos takes you into a glimpse of the sun rising by channeling both David Gilmour and Allan Holdsworth. ‘It’s the World’ takes us towards George Orwell’s vision on what he envisioned of the dystopian nightmares that has finally arrived.

Tim and Peter Hammill’s backing vocals shows us that we have arrived and the atmosphere is not pleasant and it’s a view of hell that has landed and there’s no sign of getting out of there with no turning back to be free. The echoing dripping water effects on ‘The War on Me’ that Hulse does on the keyboards, reflects on what we’re going through as the battle continues to march forward.

But there is a sign of hope that it’s coming to an end as Bowness becomes a guardian angel for this person as he watches over them by making sure they try to continue throughout a new chapter in their normal lives. ‘What Lies Here’ closes the album with a mournful goodbye as he, Kevin Godley, and Andy Partridge’s guitar sets up this ambient child-like finale to set sail on another voyage to the next beginning that awaits for us.

Tim Bowness has never, ever disappointed me with his solo work. And Flowers at the Scene is one of those albums that will grow on you. Now it grew on me a few times. And I have to say I wasn’t just impressed on how amazing this album was, but I was very surprised and completely blown away to have both hear and listened to what he’s accomplished. And believe me, Tim Bowness has come a long way.