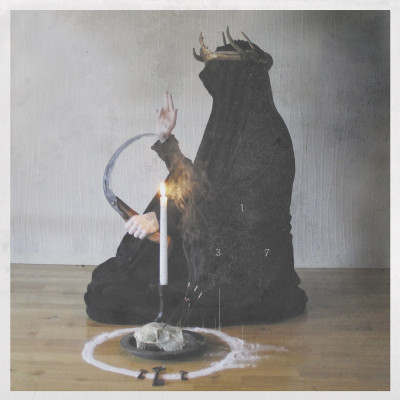 A Throne Of Ash by This Gift Is A Curse

Sweden’s This Gift Is A Curse sprung up on me with its sophomore 2015 album All Hail The Swinelord. It is a cracking title but what really caught me was the mix of extremes and how they got me going back time and again where others in the genre left me feeling a bit jaded. The murky mix of blackened hardcore in the style of Hexis and Celeste kicks up a dark negative atmosphere but also vanishes amongst ambient sections and even some breath-taking post-metal. The range of dimensions allows the band to break you yet also carries your attention through an entire album. Four years on and the occult is still going strong on A Throne Of Ash as more bile and hatred is spewed forth over the nine tracks.

Half the tracks here fall into the heavy and brutal category and the rest show off the more expansive and lighter side. It may be wrong to call them light but when This Gift Is A Curse is in full swing you receive a vicious aural pummelling so anything turned down a notch seems almost acoustic. ‘Blood Is My Harvest’ follows an ominous intro track and begins the onslaught which doesn’t see any let up until half way through the fourth track ‘Gate Dweller’. Guitars are angular and harsh, the drums are a constant stream of fills and double kick and a snare that doesn’t stop beating even when the drummer is finished with it and the vocals carry a nightmare inducing distortion. Even through the constant oppression you can catch glimmers of different ideas at play as the guitars spiral into crescendos trying to break for gaps in the frantic beats which occupy the higher ground.

Whilst ‘Wolvking’ and ‘I Am Katharsis’ match up to the heavier side they are surround by songs of a different nature. ‘Monuments for Dead Gods’ and ‘Wormwood Star’ are the most expansive songs on the album and along with moments on ‘Gate Dweller’ and ‘In Your Black Halo’ they provide further emphasises on the eclectic influence at play. Album closer ‘Wormwood Star’ could be considered a stellar post-metal track as the music fully breathes beneath the cavernous dual vocals which feature Johannes Persson from Cult of Luna. Here the drums are slower yet still forceful, the guitars reverb and echo in the slower sections but burst to life in the soaring crescendos as the vocals stretch and wrap the whole package together. I was seeking something to top ‘XI: For I Am The Fire’ from the previous album and this is most certainly the song to do that.

The success of this album and indeed this band is that ability to offer something truly heavy with the flicks of diversity thrown in.  If this were just nine tracks of grinding aggression it wouldn’t make for such a memorable album. The outlook is still bleak but the underlying work is prominent enough to gather your attention and Magnus Lindberg has done a fabulous job in mastering these layers so clearly. This Gift Is A Curse does extremely well at executing music which obliterates yet remains memorable and this is a really enviable skill.