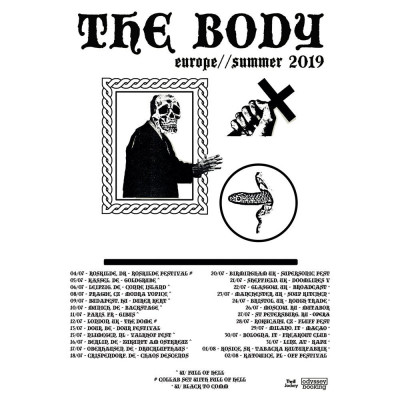 The Body at Broadcast, Glasgow

One week after the gaudy horrors of TRNSMT Festival, and a mere day after the considerably more appealing double-whammy of Doune The Rabbit Hole and Supersonic Festival, it’s safe to say that the UK is at peak festival season, making shows as low-key as this one all the more important. Sure, The Body might have graced Supersonic’s stage, as well as even grander ones throughout Europe, but it’s in places like Broadcast, a cramped and claustrophobia-inducing basement that somehow manages to be simultaneously freezing and sweaty , that they’re supposed to be heard and seen.

Before they take stage, it’s the turn of Marc Richten a.k.a. Black To Comm. Mostly unknown here, the German sound artist quickly establishes himself as something that’s not quite engineer, not quite sculptor, but some bizarre hybrid of both. He maintains an air of strict focus throughout, subtly tweaking the initial rumblings and abstract conjurations with obsessive rigour, though the occasional burst of static does cause his body to flinch as though physically recoiling from the sonic outburst. Over time, his compositions take more solid shape, throwing out chunky bass beats alongside the crackles and even allowing the occasional sample to inject a more rounded, if not human, touch. Rather than start off slow and push the up the intensity, Richten proves far more effective by maintaining a constant level of unease, the flickering lights and shifting, his amorphous compositions leaving the crowd feeling like they’ve somehow become stuck in the Red Room. As it turns out, that’s a pretty pleasant notion compared to what comes next. 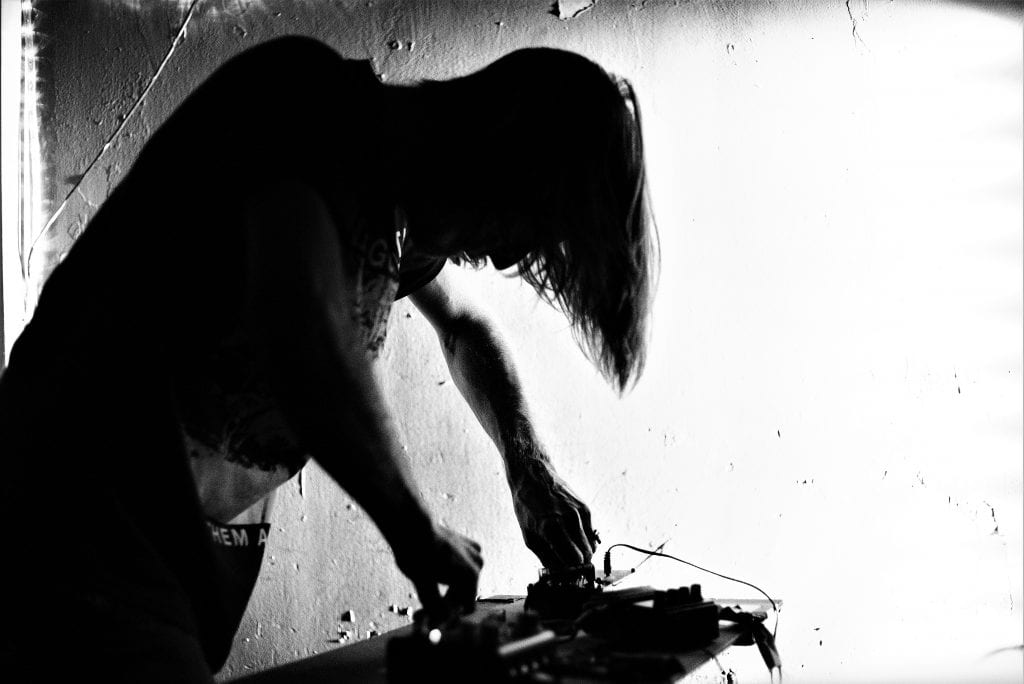 For those who’ve followed The Body over the past decade, they’ll know that what makes them such a terrifying proposition is that they aren’t one-note. Sure, Chip King has a howl that could break lead down at the molecular level and the fact that he once said that he wanted his guitar to sound “like an amplified toilet” probably speaks volumes about the tone they’re aiming for, but there’s usually a balance of beauty and torture to drive the futility of it all home a little harder. Typically, that contrast derives from those they choose to collaborate with, but in a live environment that isn’t always feasible. So what to do? As it turns out, kill ‘em all.

Tonight is a set that compiles much of the now-trio’s most abrasive cuts into a concentrated volley of spite, King yelping atop the roof-buckling sludge of ‘Song Of Sarin, The Brave’, its stop-start waves of distortion playing out like the most savage grindcore except at about a tenth of the speed, while ‘Master, We Perish’ ups the ante, its solemn air-raid siren presaging a riff more machine than man – all pounding war drums and insect-like electronics buzzing away in the background. When the lightest moment of your set comes with a sample of a mass-murdering cult leader, namely Shoko Asahara’s eerily cheery ‘Lord Death’s Counting Song’, it’s a sign that respite should be taken where it comes. 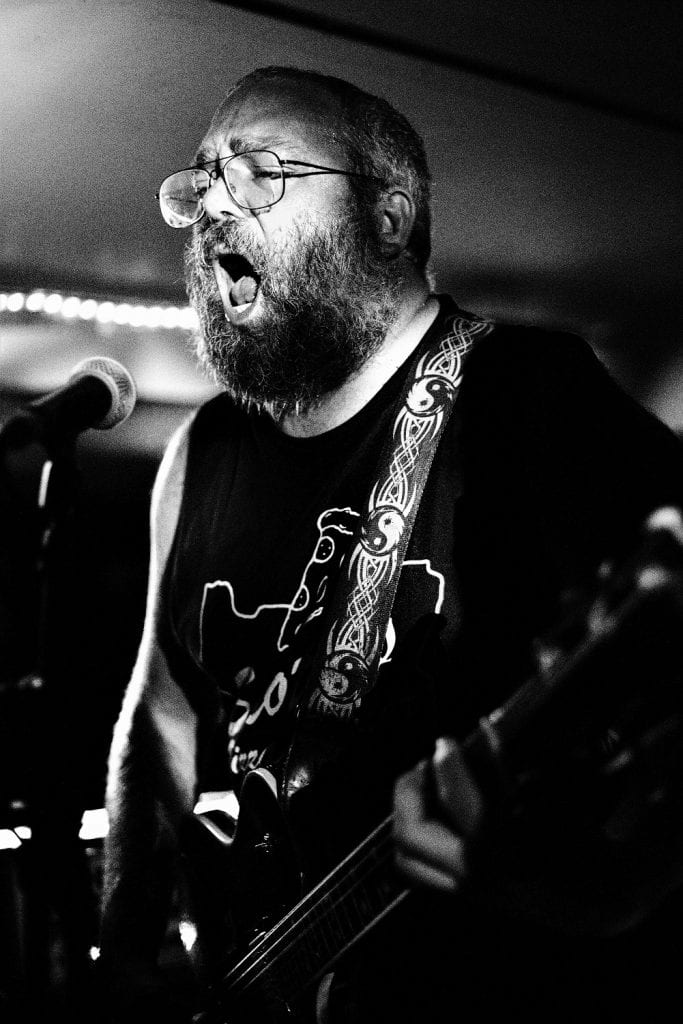 They hammer through one of the most physically affecting marriages of primal doom and repellent noise currently working the circuit, stripping each song down to a nucleus of loss and abandoned hope before moving on to the next; but with the breakneck pace comes the night’s unfortunate drawback – this is a woefully short set. At just over half an hour, it should seem like they’re finishing just as they’re finished warming up, yet it doesn’t actually feel that way. They’ve shaped their live performances into a counterpoint to their records, one that doesn’t polish the ugliness or try to wrap it in something more nuanced – tonight, they’re content to ball up all of that negativity and hurl it in Glasgow’s face – and in hindsight, 30 minutes is more than long enough to make their point.