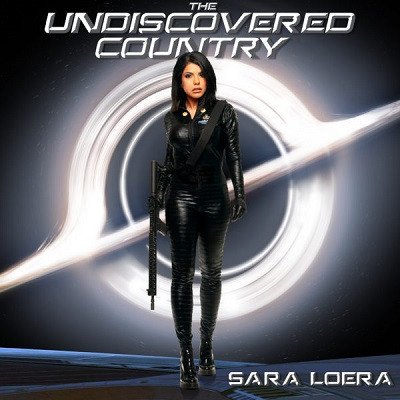 The Undiscovered Country by Sara Loera

When you think of the women in the progressive rock genre, you think of Curved Air’s Sonja Kristina, Lainey Schooltree, Renaissance’s Annie Haslam, iamthemorning’s Marjana Semkina, Purson’s Rosalie Cunningham, and Magenta’s Christina Booth. And these women can really rock. But there should be one more to be added in that list. And her name is Sara Loera.

According to her website, Sara is from Anaheim, California. She has played both the flute and piano from when she was very young. Not only that, but she can sing and dance. From musicals in junior college and dancing in small productions in Los Angeles. She wanted to originally major in theater, but she changed it to academia and earned a B.A. in communication studies at California State University, Long Beach in 2007.

But music has always been a part of her. She’s following in the footsteps of The Beatles, Styx, ELO, and Rush to name a few. And it shows that Sara carries the progressive hammer as if the Mighty Thor from the Marvel Comics universe has given her the Hammer of Mjølnir by keeping the flaming fires of the progressive rock genre alive.

Her new album released this year on the Rællic Systems label entitled The Undiscovered Country. A conceptual sci-fi rock opera about an android named Brace, who was built in 1997 by the Intergalactic Combat Forces to be a part of a battle between Earth and the Ursae, a newly discovered alien race who are at war with each other. The music is an adventure that is brought to life as Sara brings everything towards the kitchen table. Part AOR, part Prog, and part Arena Rock. The Undiscovered Country has all of the three ingredients it needs to bring the flaming fires to erupt at any second.

I just love how Sara tips her hat of David Bowie’s Hunky Dory-era as the piano chords reminisce the introduction of ‘Changes’ on ‘The Wars Will Save Us.’ But then the guitars, bass, and keyboards shift gears by entering the styles of Tom Scholz’s work of Boston’s sole self-titled debut release. And the struggle for truce between both planets are quite the challenge that Brace has ever endured.

‘The Fifth Dimension’ sees Sara delving into the world of both the Alternative and Punk Rock territory while Brace has been fighting with this battle for a long time before the fanfare of the dooming church organ comes with a high alert with an acoustic waltz done as a Floydian homage while ‘Shine (You Can Upload Your Mind)’ starts with a Nina Simone-sque piano intro a-la Perry Mason twist. It then suddenly goes into some mid-80s Queen by ascending upwards and going into this bluesy improv to bring peace from both worlds. Sara channels her symphonic roots on ‘To Be Or Not To Be’ as she introduces our hero with killer riffs, moogs, and some Arena Rock voyages by channeling Triumvirat’s Illusions on a Double Dimple-era. It’s such a great track to show how long our android has been around for many years to restore justice.

And then she honors the lyrical structures of the late great Freddie Mercury on ‘Requiem for my Simulated Friend’ by writing this incredible ballad to honor his arrangements as it shows Brace has fought a tough battle, but it comes with a heavy price. Listening to this album, I can hear some similarities to conceptual albums including The Pretty Things’ S.F. Sorrow, Genesis’ The Lamb Lies Down on Broadway, Pink Floyd’s Dark Side of the Moon, and Schooltree’s magnum opus, Heterotopia.

While the name of the album is taken from the sixth Star Trek film released in 1991 featuring the final performances of the original cast from the 1966 TV series, The Undiscovered Country is a crowning achievement from Sara Loera. It’s like she has brought this story as an animated film brought to life. It would have given Disney a real message on letting them know that 2D animation isn’t dead. If you loved Schooltree’s Heterotopia, delve into the story of Brace’s adventure in Sara Loera’s The Undiscovered Country.