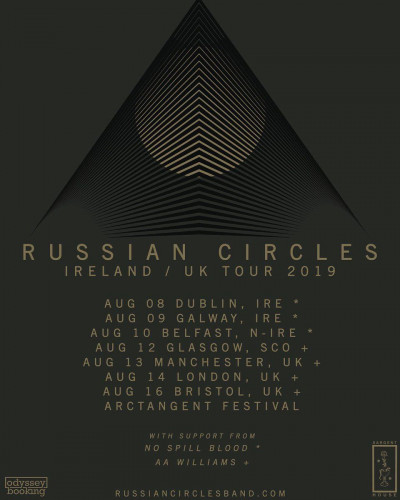 Quite frankly, it’s a bit lousy out. As if celebrating the fact that it’s Monday, the heavens have opened, skies are dreary and people just aren’t happy campers. It’s maybe not the best frame of mind to be taking on unknowns, which for most people who’ve braved the elements, A.A. Williams certainly is, but if there’s anyone who can conjure an atmosphere to match the climate and still leave listeners wanting more, it has to be her. Leading with ‘Cold’, the versatile songstress’ blurry fusion of post-rock, American Gothic and blues almost immediately wins over a few converts, primarily due to her commanding presence that exceeds the impact her recorded output possesses. 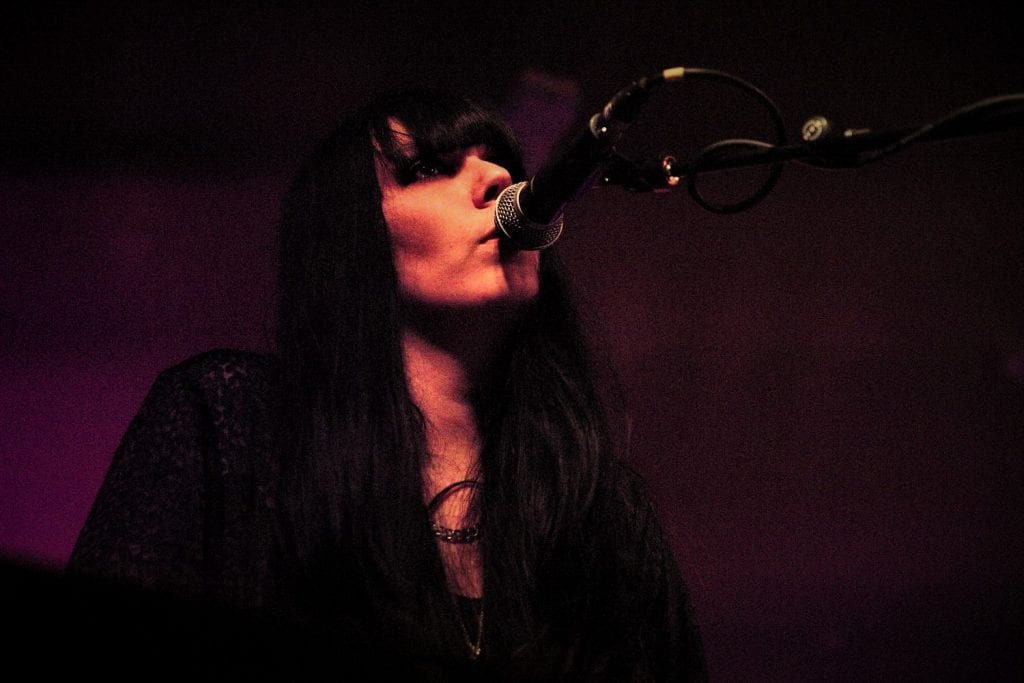 As the room steadily fills out throughout the set, the sense of intimacy is never lost, continually pulling between vulnerability and almost indomitable strength, and as her and her finely attuned bandmates run through the bulk of their debut EP, it has just the right blend of smoky ambience and warm familiarity that makes the wait for a full-length (or at least a headlining set) something of a painful task.

If there was one fault to be found with Williams’ set, it’s that the somewhat extravagant lighting didn’t quite suit the low-key atmosphere she was aiming for, but for Russian Circles it’s the sparkly cherry (cherries sparkle, right?) atop their voluminous, immaculately-crafted and goddamn delicious musical sundae. As the trio play in darkness through ‘Hunter Moon’s muted warm-up, it’s all the more impressive when Dave Turncrantz starts the bass-heavy pound of ‘Arluck’ to a shower of blinding light. As the songs twists and turns, deftly seguing between the bright melodies of Mike Sullivan and guttural riff-fests heavy enough to match the best a seasoned doomhead could hope for, it’s testament not only to the trio’s technical skill and mastery of tone, but also to their ability as songsmiths. 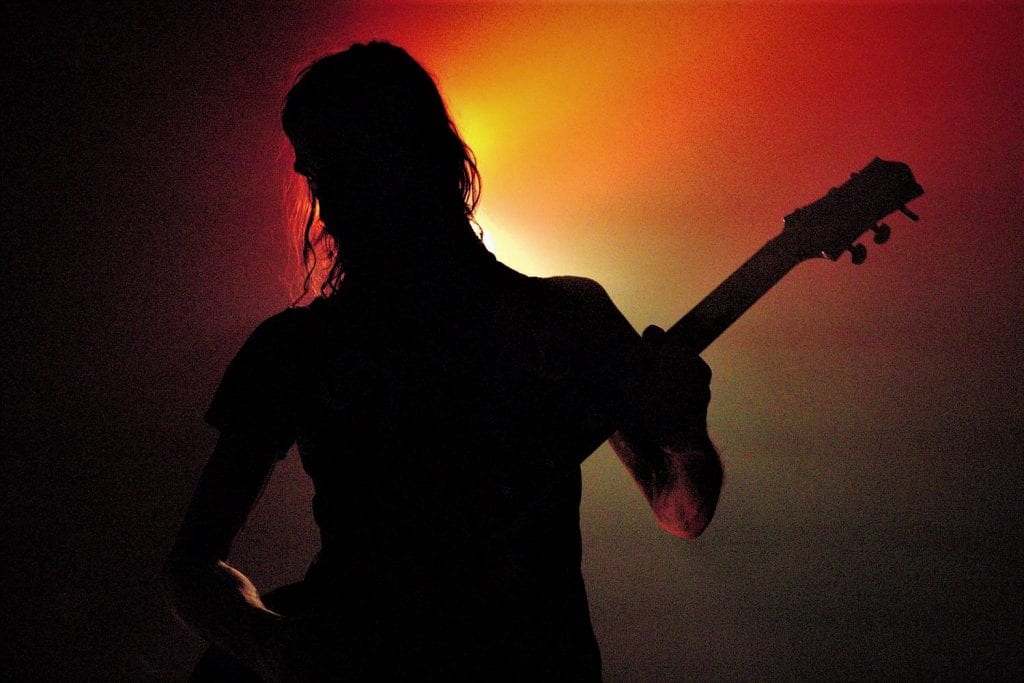 Sullivan excels at building mountains layer by layer but for all the musical micromanagement that he handles with seeming ease, these songs unfurl as naturally as an avalanche. ‘Deficit’ positively bristles with menace, Turncrantz toning down his more precise side to focus instead on barbaric kit-drubbing while Sullivan and Brian Cook remain tightly locked together, their short and sharp delivery adding a hint of violence that it’s so easy to forget about when it comes to Russian Circles. Of the other older cuts that are brought out, ‘Afrika’ couldn’t be further from that lightless world, a glistening display of precision and fuzzy-round-the-edges post-rock that lifts the room abruptly from that pit they’d been thrown into just a few minutes before. 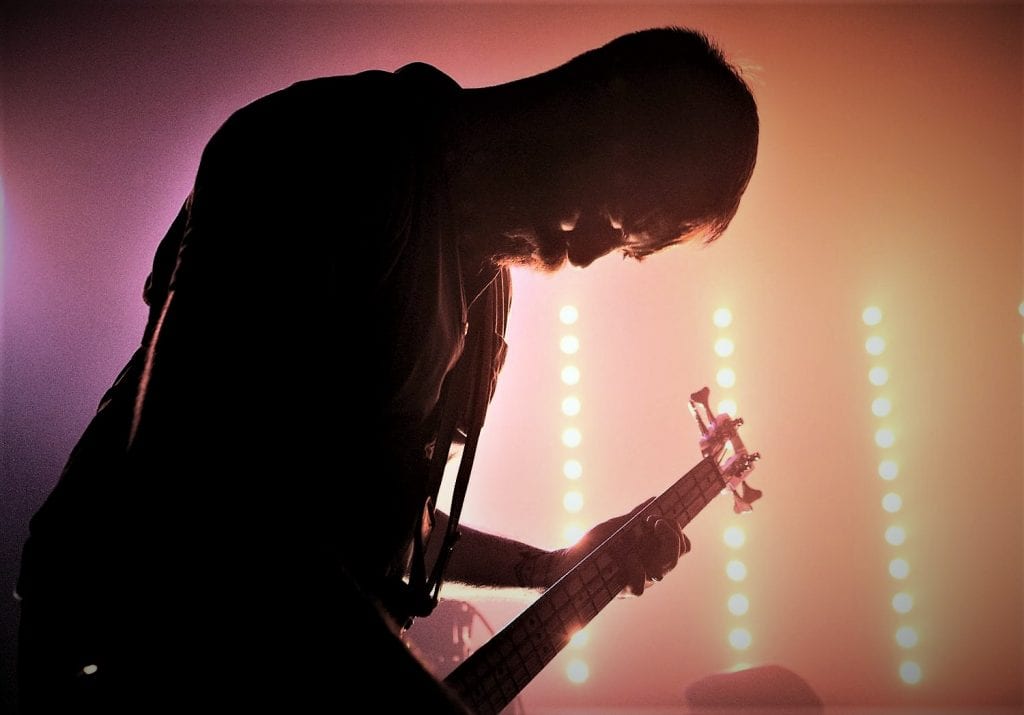 Strangely, this is one of those rare performances where it doesn’t feel like people had just turned up for “the classics”, though. Blood Year is fresh in people’s minds and it’s one of their strongest collections to date, so it makes sense that newbies like ‘Milano’ make the strongest impression, a furious trawl through sludge and black metal that fully utilises the awesome power behind Tuncrantz’s strikes. The crowd respond in kind, a ripple of bobbing heads keeping perfect time with Cook’s own undulating flow, but it’s still nice that a gem like ‘Youngblood’ makes the grade as a closer, bringing back the laser-like focus on spry melodies, a good chugging riff and just enough swing to get the crowd fired up one more time. Masterfully executed in every possible way, tonight is an exceptional performance even by the band’s own demanding standards. Considering how it must seem to the casual bystander that they can do no wrong these days, it’s good to know that they’re still capable of meeting expectations head-on and maybe even surpassing them.