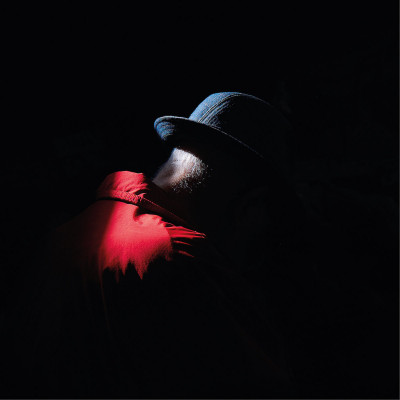 Sometimes bands trying to put a heavy edge into a post-rock framework can come off sounding a bit shallow of ideas. Energy overtakes texture and development which leaves riffs feeling thin and limited. The debut album by And So I Watch You From Afar (ASIWYFA) showed how to put a bit of urgency and pace to post-rock and, whilst not in the same style, Italians Riah unleash their spin on a post-metal vibe which has energy and heaviness and an ability to translate those into a solid record.

ASIWYFA is a risky band to mention as they have a fairly distinct sound which Riah don’t borrow from at all but I always think of them as being one of the first bands to truly give post-rock a kick up the ass. Riah are coming from a far darker corner and fall more towards post-metal than the math-rock of ASIWYFA but they do share that sense of mixing it up.

When ‘Melancolia’ begins you almost expect it to just trot along to a crescendo like a regular post-rock song. However, a pacey riff bursts out of nowhere which sees the whole band head off down a side street trying to avoid the slower section only to re-emerge and still be behind the earlier obstacle. This cat and mouse game appears over the course of the track before the heavy sounds announce the victory as the slow pace pulls away to the side. After a gentle cruise the celebratory heavy riff pushes the song to the end.

‘Il Sogno del Buio’ and ‘Taedium Imperat’ really bring out the heavier side of the band with some great riffs that would be head bang inducing live. Something about ‘Il Sogno del Buio’ reminds me of some of the early 2000s post-metal/hardcore in the UK where there is a heavy chugging riff that is used to slow down the song before speeding up into a crescendo, it is a riff you really don’t want to end. ‘Taedium Imperat’ is a quality album ender which has it all, it covers the quieter moments that are thrown up in ‘Dastin’ and matches the ambition of ‘Luce’ which has a great quiet/loud switch up.

This is by no means a genre definer but it’s a very enjoyable listen. Some of the instrument tones are glorious yet some of the recording can seem murky but it makes for a dark and mysterious atmosphere. It is great to hear a band trying the heavier side without thinning themselves too far and there are certainly plenty of moments to keep returning to.

Vinyl versions are also available on Moment of Collapse Records, Drown Within Records, and Shove Records.