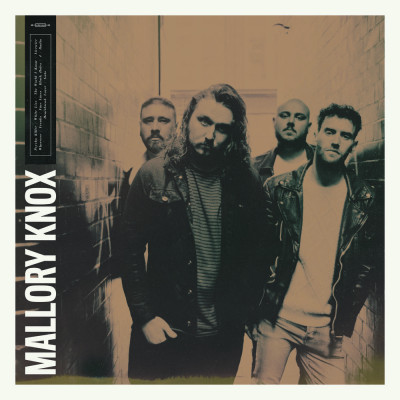 Since the release of their debut album Signals in 2013, Mallory Knox have certainly gone a long way in a very short time, rapidly becoming one of the biggest names in British alternative rock. They hit a bump in the road though when in February 2018, soon after the release of their third album Wired to mixed reviews, lead vocalist Mikey Chapman left the group. The way that Mallory Knox took this in their stride however, was admirable, as they soon followed news of Chapman’s departure with their own announcement the five-piece would be reduced to four with bassist Sam Douglas taking over vocal duties. As Douglas had always made plenty of vocal contributions, this was perhaps unsurprising, but it did take many fans aback that just two months after Chapman’s announcement, Mallory Knox released the single ‘Black Holes’ and embarked on their first UK tour as a four-piece. Now the Cambridge alt-rockers have kept up their average of an album every two years despite the recent turmoil with their fourth record, which is self-titled.

Very often eponymous records are statements of intent, and the album’s opening track ‘Psycho Killer’ appears to justify that assumption with Mallory Knox. It is a song which lives up to its name with big meaty riffs and big choruses, which stand in stark contrast to much of what went before with Chapman at the head where Mallory Knox were often maligned by those critical to their sound for their softer sound. The following song ‘White Lies’ goes back more towards this direction, where new frontman Douglas demonstrates that he is clearly capable of filling his predecessor’s shoes. Although it feels slightly rushed production-wise, this track, as well as its follow-up ‘The World I Know’ are both tracks that encapsulate Mallory Knox’s trademark balancing of solid hooks and melody.

Next up, their recently released single ‘Livewire’ is again a clear statement of the direction the band is now looking to move in, with the title giving a lot away before it starts playing. Faster-paced and heavier sounding than the Mallory Knox we have known before, this is the type of song that should get plenty of radio time for its catchy chorus and powerful rhythm section.

What often happens when a band goes through a big change is that they release a safe album in the aftermath to settle things down, but the more Mallory Knox progresses, the more it becomes clear that this is not going to happen in this case. This is a stripped-back edgier version of the band that many fans will not be used to. Not only that, but the move toward this more garage rock-type of sound becomes more prominent as the album progresses, with more focus on the guitar work of Joe Savins and James Gillett through songs like ‘Freaks’ where Savins’ riffs in particular are far more prominent than usual, where the band had previously blended their instruments to a far greater extent.

Nowhere is this change more noticeable in the album than with the aforementioned single ‘Black Holes’ released in April 2018, which is Mallory Knox at the rawest we’ve ever heard them. Douglas shows his vocal dexterity adding a few screams into the mix and Dave Rawling’s powerful drumming ventures the band into punk territory. Further tracks in the album such as ‘4’ and ‘Radio’ deliver the listener back to more familiar territory with more melody and harmonising, but even these tracks still have an innate grit behind them that gives the music an added kick.

Overall, Mallory Knox is an interesting move for the band to make in the wake of losing a lead singer, and it is a change of sound that makes a lot of sense in the way that it clearly suits the vocal style of their new frontman and injects a renewed sense of energy to this new chapter of their career. It is easy to see these songs translating well live, and they could very well help them gain a new set of fans going forward. For their existing followers, the reaction will somewhat depend on what aspects of the band’s sound they loved to begin with. If you listened to Mallory Knox for the vocal harmonies and melodic choruses, you might be a little disappointed by this latest showing. However, if you found Wired to be a lacklustre approach to rock music, their new eponymous outing will probably have a lot more to offer. Mallory Knox deserve a lot of credit for tackling their situation head-on by crafting a new sound for themselves and enriching their latest album with variety and new ideas. The last two years may have been difficult for them, but the future looks very bright indeed.