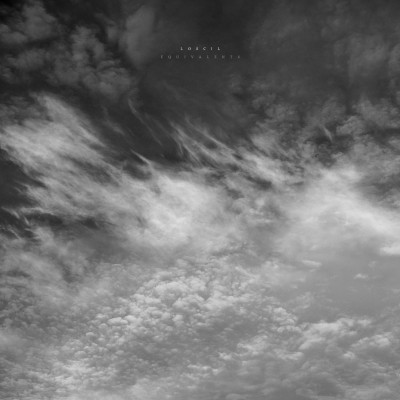 Loscil returns with another masterful set of weightless, shimmering, meditations. Soft drones and subtle textures layered in elegantly balanced compositions. In a certain light Equivalents becomes a kind of formalist ideal of ambient music. Drawing on abstracted photographs of weather and achieving a similar suspended state. Colourless and indirect, natural and gently mesmerizing. Everything seems to unfold with the same essential rightness as the wind moving the clouds. A friend who passed while it was playing said they’d call it “ocean music”.

The title and inspiration here is taken from Alfred Stieglitz’s series of early 20th century photographs of clouds. Excluding the horizon from the frame Stieglitz created a pure photography from the play of light in the sky. He called them “Equivalents” as he saw them corresponding to his own thoughts and feelings. Loscil’s instagram has long featured his own snaps in similar vein and they also decorate the packaging here. It may be framed that way but this is not especially rarefied art-think, who hasn’t caught themselves on occasion staring at clouds and allowing their mind to drift? We should probably do it more often.

Gazing up into the sky, reflecting on our own emotional weather Equivalents marks a complete shift of perspective from his last album. Monument Builders floated above the earth looking down. Darker and angrier it was partly inspired by Edward Burtynsky’s aerial photography of disused buildings and the imprint of human activity in the landscape and by similar sections of the film Koyaanisqatsi. As ambient records go it was tough and combative. Bleak but still ruined-beautiful.

Equivalents is far calmer but once again displays his deft command of form, the tremendous skill involved in production is concealed. As if all Stieglitz had done was point his camera up and wait for nature to oblige him. It never imposes on you but it’s never dull. If there’s a thin thread that joins them it might be one of apophenia, our tendency to see meaningful patterns in random data. Seeing pictures in clouds. Numbered from one to eight but not running in that order the tracks on Equivalents are beautiful and enigmatic, offering you a still space for reflection.