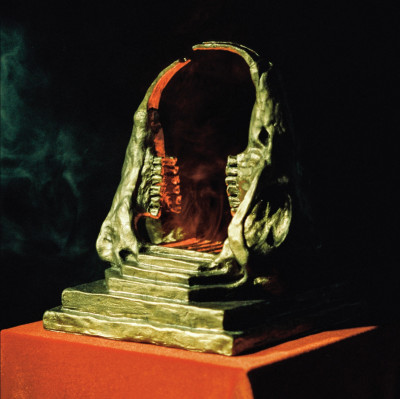 Infest the Rats' Nest by King Gizzard & The Lizard Wizard

I volunteered to review Infest the Rats’ Nest, the new album by King Gizzard & The Lizard Wizard before having any idea what it was like, despite not particularly enjoying what I’d heard of previous lp Fishing for Fishies, released earlier this year.

That’s the thing about KGATLW – if you’re not too struck on their latest sounds then never mind, cos there’ll be something else along presently. Fishing… displayed a hitherto buried desire to hit the disco, and I found it a bit flabby and repetitive. For these Melbourne-dwelling chameleon’s that was only ever going to be a brief diversion, a curious blip. Having said that, if you’d told me that next up would be a thrash metal LP I’d have laughed in your face. I’m laughing anyway!

Then again thrash is having another little moment in the sun, with ZigZags latest lp stirring memories of the scenes early punkish vigour and some of the genre’s stalwarts, such as Death Angel and Destruction releasing fine LPs recently. Here’s another.

Infest The Rats’ Nest is a concept album about global catastrophe (always a favourite topic for thrashers) – an area the band return to after 2017’s brilliantly OTT Murder of the Universe. Whilst that LP was heavy, it leaned more towards the bands more typical psych and sprawling, progressive rock influences, both lyrically and musically. This punchy nine-track affair is a metal album, simple as that. How that will go down with the bands legions of die-hard ‘heads’ I cannot say, let alone the more snobbish, hipster elements of the rock press for whom this LP maybe a stylistic swivel too far. Respect to the guys then, here reduced to a trio of vocalist Stu McKenzie and Joey Walker (sharing all the guitar and bass parts) and Michael Cavanagh (drums) for releasing it under the band’s name. Other less daring, more self conscious musicians may have hidden away under a spin-off pseudonym,  concerned about brand or credibility. They’ve no worries here on that score as as soon as the Philthy Phil-esque drum salvo kicks off the album and furious charging riffs emerge, wild-eyed out of the speakers on ‘Planet B’ I am hooked!

“Open your eyes and see there is no Planet B” rages Stu on the chorus of the opener that mixes Gojira’s eco-metal with early Metallica’s splenetic urgency.

‘Mars for the Rich’, has more swaggering Motorhead grooves and swashbuckling riffs, spiced with sci-fi psych guitar effects – not the only time The Oh Sees heavier Smote Reverser era tunes are called to mind. Of course, this being King Gizzard it is often with the more eccentric outliers of heavy music that the band show most obvious kinship – Voivod’s industrial prog weirdness exerts a certain gravitational pull, but mostly the songs are just unapologetically base metal. The slower, gargantuan ‘Superbug’ imagines Sleep briefly off the dope and angry enough to join the Extinction Rebellion, whilst everything after that tune is straight-ahead pummeling thrash. On the accompanying press release Stu discusses his love not just of Metallica, but of acts such as Kreator and Sodom – and the love is deep and the passion obvious. This album doesn’t fuck around, dipping it’s toes in the thrashing waters – it stage dives head first in, throwing the horns and banging it’s head.

Where the band distinguish themselves, over and above the commitment, is in the quality of the songwriting and the freshness and inventiveness off the riffs. Man, the riffs! They career off at mad dog-legs all over the album, especially on the Slayer meets Voivod anthems ‘Self Immolate’ and ‘Hell’, the two cuts that close the album. Fun and frantic as those tunes are though, its ‘Organ Farmer’ that just about wins the title of heaviest track, with an almost hardcore vocal and massive drop into berzerk chugging riffery.

Infest the Rats’ Nest is a surprise contender for metal album of the year. How did that happen? Who cares, just turn it up! 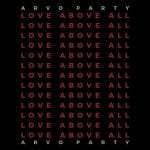